Why No Nation Has Ever Tried To Tax Unrealized Capital Gains 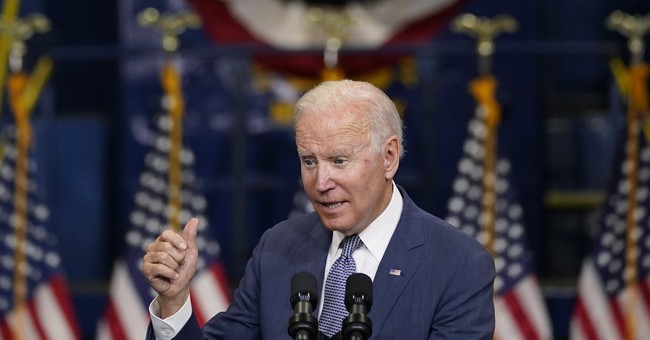 The Biden economic agenda can be summarized as follows: As much spending as possible, financed by as much taxation as possible, using lots of dishonest budget gimmicks to glue the pieces together.

But it turns out that higher taxes are not very popular, notwithstanding the delusions of Bernie Sanders, AOC, and the rest of the class-warfare crowd.

If the latest reports are accurate, the left has given up on imposing higher corporate tax rates, higher personal tax rates, and making the death tax more onerous.

The bad news is that they’ve revived an awful idea to make capital gains taxes more onerous by taxing people on capital gains that only exist on paper.

In a column for the New York Times, Neil Irwin explains how the new scheme would work..

…congressional Democrats..are looking toward a change in the tax code that would reinvent how the government taxes investments… The Wyden plan would require the very wealthy — those with over $1 billion in assets or three straight years of income over $100 million — to pay taxes based on unrealized gains. …It could create some very large tax bills… If a family’s $10 billion net worth rose to $11 billion in a single year, a capital-gains rate of 20 percent would imply a $200 million tax bill.

In other words, families would be taxed on theoretical gains rather than real gains.

Some have said this scheme is similar to a wealth tax, though it’s more accurate to say it’s a tax on changes in wealth.

Mr. Irwin’s column also acknowledges some other problems with this proposed levy.

The proposal raises conceptual questions about what counts as income. When Americans buy assets — shares of stock, a piece of real estate, a business — that become more valuable over time, they owe tax only on the appreciation when they sell the asset. …The rationale is that just because something has increased in value doesn’t mean the owner has the cash on hand to pay taxes. Moreover, for those with complex holdings, like interests in multiple privately held companies, it could be onerous to calculate the change in valuations every year, with ambiguous results. …having a cutoff at which the new capital gains system applies could create perverse incentives… “If you have a threshold, you’re giving people a really strong incentive to rearrange their affairs to keep their income and wealth below the threshold,” said Leonard Burman, institute fellow at the Tax Policy Center.

In other words, this plan would be great news for accountants, lawyers, and other people involved with tax planning.

I support the right of people to minimize their taxes, of course, but I wish we had a simple and fair tax system so that there was no need for an entire industry of tax planners.

But I’m digressing. Let’s continue with our analysis of this latest threat to good tax policy.

Henry Olson opines in the Washington Post that it’s a big mistake to impose taxes on unrealized gains.

The Biden administration’s idea to tax billionaires’ unrealized capital gains…would be an unworkable and arguably unconstitutional mess that could harm everyone. …Tesla founder Elon Musk’s net worth rose by $126 billion last year as his company’s stock price soared, but he surely paid almost no tax on that because he never sold the stock. Biden’s plan would tax all of that rise, netting the federal government about $30 billion. Do the same for all the nation’s billionaires, and the feds could pull in loads of cash… If that sounds too good to be true, it’s because it is. …Privately held companies…are notoriously difficult to value. Rare but valuable items are even more difficult to fix an annual price. …Billionaires are precisely the people with the motive and the means to hire the best tax lawyers to fight the Internal Revenue Service at every step of the way, surely subjecting each tax return to excruciatingly long and expensive audits. …Expensive assets can go down in value, too, and billionaires would rightly insist that the IRS account for those reversals of fortune. …Would the IRS have to issue multi-billion dollar refund checks to return the billionaires’ quarterly estimated tax payments from earlier in the year?

These are all excellent points.

Henry also points out that the scheme may be unconstitutional.

The Constitution may not even permit taxation of unrealized gains. The 16th Amendment authorizes taxation of “income,”… Unrealized gains don’t fit under that rubric because the wealth is on paper, not in the hands of the owner to use as she wants.

And he closes with the all-important point that the current plan may target the richest of the rich, but sooner or later the rest of us would be in the crosshairs.

…it will only be a matter of time before lawmakers apply the tax to ordinary Americans. Anyone who owns a house or has a retirement account has unrealized capital gains. Billionaires get all the attention, but the real money is in the hands of the broader public, as the collective value of real estate and mutual funds dwarfs what the nation’s uber-wealthy hold. The government would love to get 25 percent of your 401(k)’s annual rise.

Amen. This is a point I’ve made in the past.

Simply stated, there are not enough rich people to finance European-sized government. Eventually we’ll all be treated like this unfortunate Spaniard.

I’ll close with a few wonky observations about tax policy.

P.S. Biden, et al, claim we need higher taxes on the rich because the current system is unfair, yet there’s never any recognition that the United States collects a greater share of revenue from the rich than any other developed nations (not because our tax rates on the rich are higher than average, but rather because our tax rates on lower-income and middle-class taxpayers are much lower than average).

P.P.S. The bottom line is that taxing unrealized capital gains is such a crazy idea that even nations such as France and Greece have never tried to impose such a levy.