The IMF Should Be Eliminated, Not Expanded 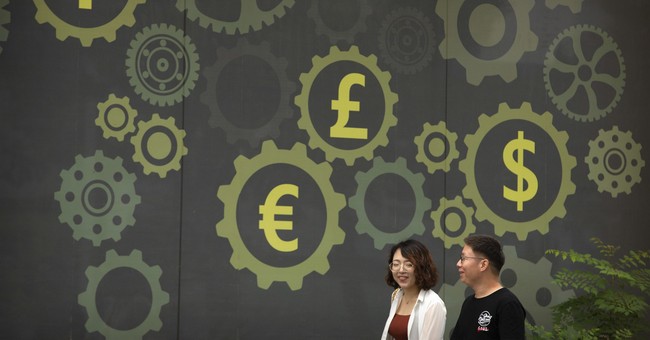 I’m not a fan of the International Monetary Fund (IMF).

Since I work mostly on fiscal issues, I don’t like the fact that the bureaucracy is an avid cheerleader for ever-higher taxes (which is disgustingly hypocritical since IMF employees get lavish, tax-free salaries).

But the biggest problem with the IMF is that it promotes “moral hazard.” More specifically, it provides bailouts for irresponsible governments and for those who foolishly lend to those governments.

The net result is that bad behavior is rewarded, which is a recipe for more bad behavior.

All of which explains why some nations (and their foolish lenders) have received dozens of bailouts.

Oh, and let’s not forget that these endless bailouts also lead to a misallocation of capital, thus reducing global growth.

In an article for the New York Times, Patricia Cohen reports on discussions to expand the IMF’s powers.

Once narrowly viewed as a financial watchdog and a first responder to countries in financial crises, the I.M.F. has more recently helped manage two of the biggest risks to the worldwide economy: the extreme inequality and climate change. …long-held beliefs like the single-minded focus on how much an economy grows, without regard to problems like inequality and environmental damage, are widely considered outdated. And the preferred cocktail for helping debt-ridden nations that was popular in the 1990s and early 2000s — austerity, privatization of government services and deregulation — has lost favor in many circles as punitive and often counterproductive.

There’s a lot to dislike about the above excerpts.

Starting with the article’s title, since it would be more accurate to say that the IMF’s bailout policies encourage fires.

Looking at the text, the part about “extreme inequality” is nonsensical, both because the IMF hasn’t done anything to “manage” the issue, other than to advocate for class-warfare taxes.

Moreover, there’s no support for the empty assertion that inequality is a “risk” to the world economy (sensible people point out that the real problem is poverty, not inequality).

Ms. Cohen also asserts that the “preferred cocktail” of  pro-market policies (known as the Washington Consensus) has “lost favor,” which certainly is accurate.

But she offers another empty – and inaccurate – assertion by writing that it was “counterproductive.”

Here are some additional excerpts.

The debate about the role of the I.M.F. was bubbling before the appointment of Ms. Georgieva… But she has embraced an expanded role for the agency. …she stepped up her predecessors’ attention to the widening inequality and made climate change a priority, calling for an end to all fossil fuel subsidies, for a tax on carbon and for significant investment in green technology. …Sustainable debt replaced austerity as the catchword. …The I.M.F. opposed the hard line taken by some Wall Street creditors in 2020 toward Argentina, emphasizing instead the need to protect “society’s most vulnerable” and to forgive debt that exceeds a country’s ability to repay.

The last things the world needs is “an expanded role” for the IMF.

It’s especially troubling to read that the bureaucrats want dodgy governments to have more leeway to spend money (that’s the real meaning of “sustainable debt”).

And if the folks at the IMF are actually concerned about “society’s most vulnerable” in poorly run nations such as Argentina, they would be demanding that the country copy the very successful poverty-reducing policies in neighboring Chile.

The article does acknowledge that not everyone is happy with the IMF’s statist agenda.

Some stakeholders…object to what’s perceived as a progressive tilt. …Ms. Georgieva’s activist climate agenda has…run afoul of Republicans in Congress… So has her advocacy for a minimum global corporate tax.

It would be nice, though, if Ms. Cohen had made the article more balanced by quoting some of the critics.

The bottom line, as I wrote last year, is that the world would be better off if the IMF was eliminated.

Simply stated, we don’t need an international bureaucracy that actually argues it’s okay to hurt the poor so long as the rich are hurt by a greater amount.