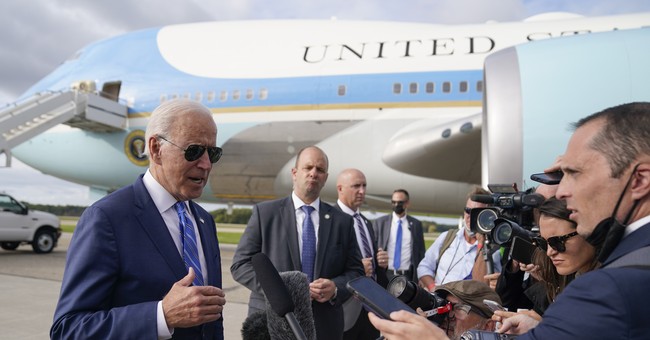 There are lots of reasons (here are five of them) to dislike the version of the Biden tax hike that was approved by the tax-writing committee in the House of Representatives.

From an economic perspective, it is bad for prosperity to penalize work, saving, investment, and productivity.

So why, then, do politicians pursue such policies?

Part of the answer is spite, but I think the biggest reason is they simply want more money to spend.

And if the economy suffers, they don’t worry about that collateral damage so long as their primary objective – getting more money to buy more votes – is achieved.

But the rest of should care, and a new report from the Tax Foundation offers a helpful way of showing why pro-tax politicians are misguided.

Here’s a table showing that the economy will lose almost $3 of output for every $1 that politicians can use for vote buying.

I added my commentary (in red) to the table.

My takeaway is that it is reprehensible for politicians to cause nearly $3 of foregone prosperity so that they can spend another $1.

This is excellent analysis.

From an economic perspective, the foregone economic growth is a cost and the additional tax revenue for politicians also is a cost.

And I’ve augmented the table (again, in red) to show that the additional spending is yet another cost.

In other words, politicians are the main winners from Biden’s tax hike, and some of the interest groups getting additional handouts also might be winners (though I’ve previously pointed out that many of them wind up being losers as well in the long run).

P.S. The Tax Foundation model only measures the economic damage of higher taxes. If you also measure the harmful impact of more spending, the estimates of foregone economic output are much bigger.