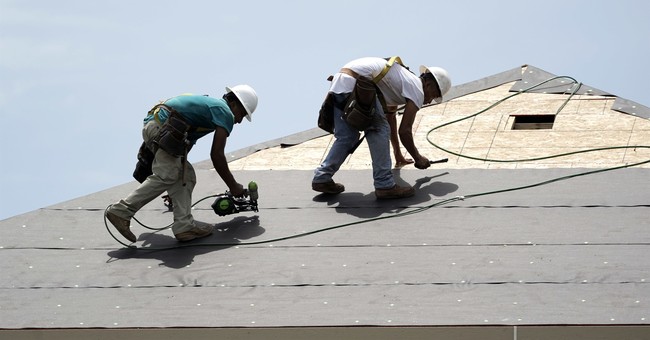 In my fantasy country of Libertaria, there is no Department of Labor, no regulation of employment contracts between consenting adults, and no favoritism for either labor or management.

In the real world, the relevant question is the degree of regulation and intervention. Especially compared to other nations, which is why the the Employment Flexibility Index is a useful measuring stick.

The good news, for American workers and American companies, is that the United States has the second-best system among developed nations, trailing only Denmark (another reason why pro-market people should appreciate that Scandinavian nation).

It’s hardly a surprise that France is in last place, notwithstanding President Macron’s attempt to push policy in the right direction.

It’s worth noting that the United States has much less regulation of labor markets than the average European nation. Which may help to explain why American living standards are so much higher.

Let’s review some academic research on the issue of employment regulation.

In an article for the Harvard Journal of Law & Public Policy, Professor Gail Heriot of the University of San Diego Law School explains how regulations discourage job creation and also may encourage discrimination.

… there’s a demographic out there that we ought to be worrying about, it is young people, the perennial newcomers to the economy. Well-meaning employment laws primarily benefit those who already have jobs, often at the expense of those who do not. …For low-skilled young people trying to get their first jobs, the most immediate threat may be the steep minimum wage hikes adopted recently in various cities.…young people even with great educational credentials are unknown quantities to employers and, hence, risky to hire, especially in a legal environment in which employee terminations can lead to costly legal disputes. …he best way for employers to avoid being wrongly accused of a Title VII violation is to avoid hiring someone who could turn out to be litigious if things do not work out. That creates a perverse incentive to avoid hiring the first African American or the first woman in a particular business or department. …A law that was intended to end discrimination in hiring, thus, ends up encouraging it instead.

In a Cambridge University working paper, Maarten de Ridder and Damjan Pfajfar found that wage rigidities, which are driven in part by red tape, are correlated with greater levels of economic damage when there is an adverse policy shock.

We find considerable variation in downward nominal wage rigidities across states and over time. Our estimates of nominal rigidities are positively related to state minimum wages, unionization,union bargaining power, and the size of services and government in employment and negatively to labor mobility. …We therefore focus on nominal wage rigidities when assessing the transmission of policy shocks. We find that states with greater downward nominal wage rigidities experience larger and more persistent increases in unemployment and declines in output after monetary policy shocks. …Similar results also hold for exogenous changes in taxes… States with higher nominal rigidities experience larger increases in unemployment and declines in output after a tax increase compared to states that are more flexible. We further show that institutional factors that could drive wage rigidities—like minimum wages and right-to-work-legislation—have a similar effect. States with a higher minimum to median wage ratio and those without right-to-work legislation experience larger and more persistent effects of monetary and tax policy shocks. Combined, these results firmly corroborate the hypothesis that resistance to wage cuts deepens policy shocks.

And in an article for Regulation, Warren Meyer explains that red tape and intervention is particularly bad news for unskilled workers.

The government makes it too difficult, in far too many ways, to try to make a living employing unskilled workers. …In the 1950s, 1960s, and 1970s, there was a wave of successful large businesses built on unskilled labor (e.g., ServiceMaster, Walmart, McDonalds). Today, investment capital and innovation attention is all going to companies that create large revenues per employee with workers who have college educations and advanced skills. …the mass of government labor regulation is making it harder and harder to create profitable business models that employ unskilled labor. For those without the interest or ability to get a college degree, the avoidance of the unskilled by employers is undermining those workers’ bridge to future success

Let’s close by looking at a chart from a 2018 presentation by Martin Agerup.

He shows that red tape doesn’t even provide meaningful job security for those who are already employed.

The bottom line is that so-called employment protection legislation is very bad news for those who are looking for jobs while offering no measurable benefit for those who have jobs (especially if we compare living standards across nations).

If we want more jobs, the best prescription is less government.