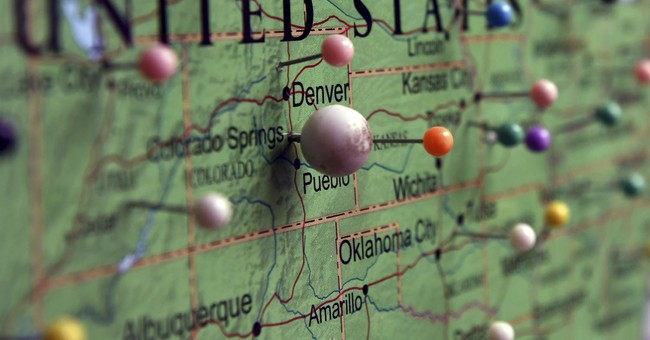 The best news of 2021 almost surely is the big expansion of school choice in several states.

That’s a great development, especially for poor and minority families.

But there’s another positive trend at the state level. As indicated by this map from the Tax Foundation, tax rates have been reduced in several jurisdictions.

I’ve already written about Arizona’s very attractive tax reform, though I also acknowledged that the new law mostly stops the tax system from getting worse (because of a bad 2020 referendum result).

But stopping something bad is an achievement, regardless.

What about other states? The Tax Foundation’s article has all the details you could possibly want, including phase-in times and presence (in some states) of revenue triggers.

For purposes of today’s column, let’s simply focus on what’s happening to top tax rates. Here’s a table with the key results, ranked by the size of the rate reduction.

Kudos to Arizona, of course, but Iowa and Louisiana also deserve praise for significantly dropping their top tax rates.

As these states move in the right direction, keep in mind that some states are shifting (or trying to shift) in the wrong direction.

Share this on Facebook
Tweet
DeSantis Blasts Biden: 'Why Don’t You Do Your Job?'
Katie Pavlich|
Biden's Approval Down in Yet Another Poll
Rebecca Downs|
To No One's Surprise, COVID Has Returned to Wuhan...And It's Not the First Time
Matt Vespa|
Psaki Again Blames Republicans for Crime Wave While Defending ATF Nominee Chipman
Spencer Brown|
MSNBC Columnist: Both Cuomo Brothers Should Resign
Carson Swick|
No New Hearings for Biden's Gun-Grabbing ATF Nominee Who Might Have a Racism Problem
Matt Vespa|