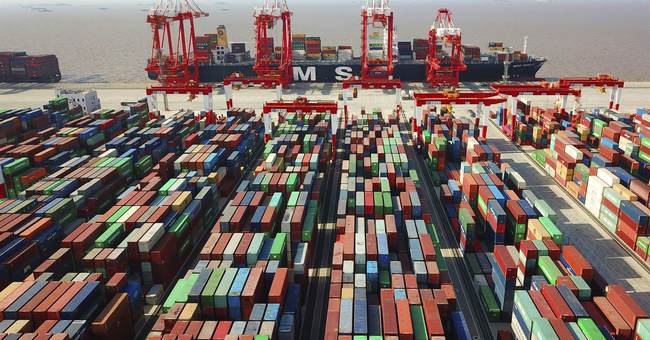 Simply stated, there are not enough rich people to finance big government (even Paul Krugman agrees).

This means Joe Biden and Democrats need to make a choice: What matters most, their desire to make government bigger, or their promise not to impose higher taxes on families making less than $400K per year?

We now have the answer to that question, and I hope nobody is surprised to learn that they picked government over taxpayers.

But what is surprising is that they picked the Trump approach of protectionist taxes on global trade.

Here are some excerpts from a report by the New York Times.

Democrats have agreed to include a tax on imports from nations that lack aggressive climate change policies as part of a sweeping $3.5 trillion budget plan… The move to tax imports was made public Wednesday, the same day that the European Union outlined its own proposal for a similar carbon border tax, a novel tool that is designed to protect domestic manufacturing. …skeptics caution that a carbon border tax, which has yet to be implemented by any country, would be difficult to carry out, and could anger trading partners and face a challenge at the World Trade Organization. Unlike the Europeans, who outlined their plan in a 291-page document, Democrats released no details about their tax proposal on Wednesday. Calling it simply a “polluter import fee,” the framework does not explain what would be taxed, at what rate or how much revenue it would expect to generate. …verifying the amount of carbon…produced by foreign manufacturing is tricky, experts say.

It’s always a bad idea to give politicians a new source of revenue.

But it’s a worse idea to give them a new source of revenue that will require bureaucrats to measure the amount of carbon produced by every imported good. As I pointed out a few days ago when discussing the European Union’s version of this protectionist scheme, that’s a huge recipe for cronyism and favoritism.

P.S. I’ll be very curious to see how different international bureaucracies react to these anti-trade proposals. The OECD and IMF, while usually bad on fiscal issues, historically have favored unfettered trade. And the World Trade Organization exists specifically to protect global commerce. But will these organizations now change their position to curry favor with the nations that control their purse strings?

The theory of “public choice” suggests we shouldn’t be optimistic.

Share this on Facebook
Tweet
DeSantis Blasts Biden: 'Why Don’t You Do Your Job?'
Katie Pavlich|
Biden's Approval Down in Yet Another Poll
Rebecca Downs|
To No One's Surprise, COVID Has Returned to Wuhan...And It's Not the First Time
Matt Vespa|
Psaki Again Blames Republicans for Crime Wave While Defending ATF Nominee Chipman
Spencer Brown|
MSNBC Columnist: Both Cuomo Brothers Should Resign
Carson Swick|
No New Hearings for Biden's Gun-Grabbing ATF Nominee Who Might Have a Racism Problem
Matt Vespa|