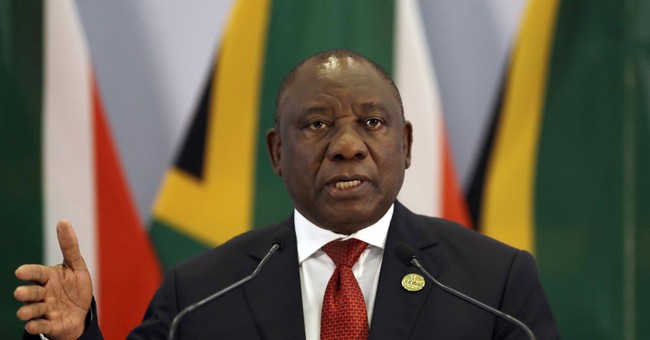 I critiqued Biden’s proposal for a global corporate tax cartel as part of a recent discussion with South Africa’s Free Market Foundation.

Here’s the segment where I explain why it would be bad for developing nations.

At the risk of stating the obvious, Joe Biden is pushing this policy because he wants more tax revenue to fund his misguided plan for a bigger welfare state in the United States.

And the same is true for politicians in other big nations such as France, Japan, and Germany.

So as negotiations continue and rules are decided, rest assured that those countries will look after themselves and politicians from developing nations will be lucky to get a few crumbs from the table.

This discussion gives me a good excuse to put together this list of the potential winners and losers from a global tax cartel.

Since I slapped this together in five minutes, I won’t pretend it’s comprehensive.

But it’s hopefully more complete than a simple statement that politicians are the winners and people in the private sector are the losers.

Speaking of losers, my list includes “Nations with sensible tax policy,” and that’s a good reason to share this story from the New York Times. It’s about Janet Yellen’s efforts to convince Irish politicians to sacrifice their nation’s economic advantage.

The United States is hopeful that Ireland will drop its resistance to joining the global tax agreement… The agreement, which gained the support of the Group of 20 nations on Saturday, would usher in a global minimum tax of at least 15 percent. It would also change how taxing rights were allocated, allowing countries to collect levies from large, profitable multinational firms based on where their goods and services were sold. …Ms. Yellen held high-stakes meetings in Brussels this week with Paschal Donohoe, Ireland’s finance minister… She needs Mr. Donohoe’s support because the European Union requires unanimity among its members to formally join the deal.

So you may be wondering what Ms. Yellen said? Did she have some clever and insightful argument of how Ireland would benefit (or at least not be hurt) if politicians create a global tax cartel?

Nope. The best she could come up with is that Ireland’s tax system wouldn’t be as bad as the one she wants for the United States.

Ms. Yellen told her Irish counterpart that Ireland’s economic model would not be upended if it increased its tax rate from 12.5 percent…it would still have a large gap between its rate and the 21 percent tax rate on foreign earnings that the Biden administration has proposed.

And her weak argument is even weaker when you consider that she’s already pushing for a much-higher minimum tax.

The bottom line is that Ireland has reaped enormous benefits from its decision to enact a low corporate tax rate. But if a global tax cartel is imposed, it would simply be a matter of time before that country gets relegated to being an economic backwater on the periphery of Europe.

P.S. Part of the discussion in the video was about developing nations having the right to copy the economic model (no income tax and no welfare state) that enabled North American and Western Europe to become rich in the 1800s. Sadly, I don’t think many politicians in the developing world are interested in that approach nowadays, but rich nations shouldn’t make it impossible.