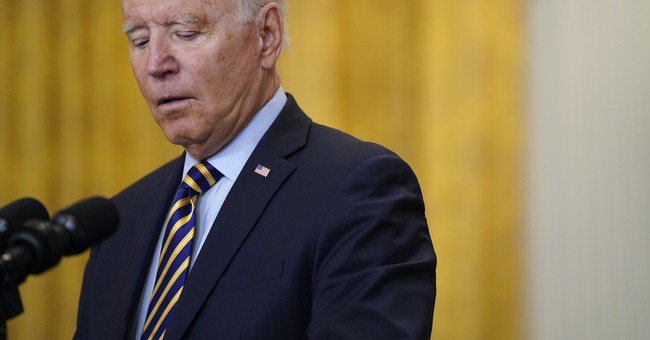 When President Biden proposed a “global minimum tax” for businesses, I immediately warned that would lead to ever-increasing tax rates.

Ross Kaminsky of KHOW and I discussed how this is already happening.

I hate being right, but it’s always safe to predict that politicians and bureaucrats will embrace policies that give more power to government.

Especially when they are very anxious to stifle tax competition.

For decades, people in government have been upset that the tax cuts implemented by Ronald Reagan and Margaret Thatcher triggered a four-decade trend of lower tax rates and pro-growth tax reform.

That’s the reason Biden and his Treasury Secretary proposed a 15 percent minimum tax rate for businesses.

And it’s the reason they now want the rate to be even higher.

Though even I’m surprised that they’re already pushing for that outcome when the original pact hasn’t even been approved or implemented.

Here are some passages from a report by Reuters.

Treasury Secretary Janet Yellen will press G20 counterparts this week for a global minimum corporate tax rate above the 15% floor agreed by 130 countries last week…the global minimum tax rate…is tied to the outcome of legislation to raise the U.S. minimum tax rate, a Treasury official said. The Biden administration has proposed doubling the U.S. minimum tax on corporations overseas intangible income to 21% along with a new companion “enforcement” tax that would deny deductions to companies for tax payments to countries that fail to adopt the new global minimum rate. The officials said several countries were pushing for a rate above 15%, along with the United States.

A G7 proposal for a global minimum tax rate of 15% is too low and a rate of at least 21% is needed, Argentina’s finance minister said on Monday, leading a push by some developing countries… “The 15% rate is way too low,” Argentine Finance Minister Martin Guzman told an online panel hosted by the Independent Commission for the Reform of International Corporate Taxation. …”The minimum rate being proposed would not do much to countries in Africa…,” Mathew Gbonjubola, Nigeria’s tax policy director, told the same conference.

Needless to say, I’m not surprised that Argentina is on the wrong side.

And supporters of class warfare also are agitating for a higher minimum rate. Here are some excerpts from a column in the New York Times by Gabriel Zucman and Gus Wezerek.

In the decades after World War II, close to 50 percent of American companies’ earnings went to state and federal taxes. …it was a golden period. …President Biden should be applauded for trying to end the race to the bottom on corporate tax rates. But even if Congress approves the 15 percent global minimum corporate tax, it won’t be enough. …the Biden administration to give working families a real leg up, it should push Congress to enact a 25 percent minimum tax, which would bring in about $200 billion in additional revenue each year. …With a 25 percent minimum corporate tax, the Biden administration would begin to reverse decades of growing inequality. And it would encourage other countries to do the same, replacing a race to the bottom with a sprint to the top.

I can’t resist making two observations about this ideological screed.

The only good thing about the Zucman-Wezerek column is that it includes this chart showing how corporate tax rates have dramatically declined since 1980.

P.S. For those interested, the horizontal line at the bottom is for Bermuda, though other jurisdictions (such as Monaco and the Cayman Islands) also deserve credit for having no corporate income taxes.

P.P.P.S. And if you want more information about why Biden’s global tax cartel is bad, click here, here, and here.

Share this on Facebook
Tweet
DeSantis Blasts Biden: 'Why Don’t You Do Your Job?'
Katie Pavlich|
Biden's Approval Down in Yet Another Poll
Rebecca Downs|
To No One's Surprise, COVID Has Returned to Wuhan...And It's Not the First Time
Matt Vespa|
Psaki Again Blames Republicans for Crime Wave While Defending ATF Nominee Chipman
Spencer Brown|
No New Hearings for Biden's Gun-Grabbing ATF Nominee Who Might Have a Racism Problem
Matt Vespa|
This Swing District Democrat Has an Uncomfortable Connection to Group Promoting Critical Race Theory
Rebecca Downs|