The Economics Of Redistributionism 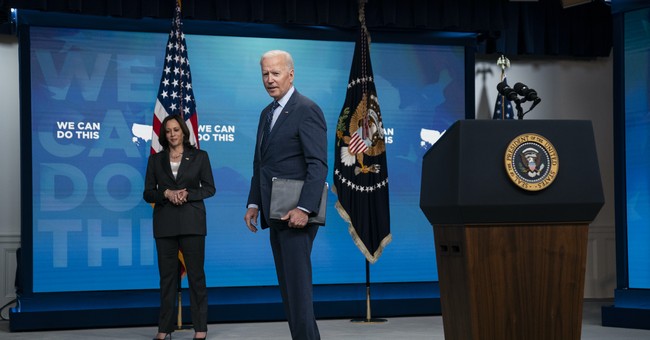 Back in 2016, I created a 2×2 matrix to illustrate the difference between redistributionism (tax Person A and give to Person B) and state planning (politicians and bureaucrats trying to steer the economy, either through direct ownership or industrial policy).

The main point of that column was to show that countries should try to be in the top-left section, where there is less redistribution and less government control.

But I also wanted to help people understand that redistributionism and socialism are not the same thing.

For instance, Sweden (in the bottom-left box) is a capitalist economy with a big welfare state, whereas China (in the top-right box) doesn’t have much redistribution but government has substantial control over economic activity.

From an American perspective, the good news is that the U.S. currently is in the top-left box.

The bad news is that President Biden wants the country in the bottom-left box. So, if we want to be technically accurate, we should not accuse him of socialism.

Instead, as Antony Davies and James Harrigan explained in a column for the Foundation for Economic Education, the real threat to the nation is “transferism.”

Davies and Harrigan are correct.

Moreover, they deserve credit for predicting the future since they wrote the column in 2019!

Now let’s consider whether redistributionism (or transferism) is a good idea.

I’ve previously explained that a big welfare state causes economic damage, even if a nation otherwise is very pro-capitalist.

Consider, for instance, the remarkable data showing how Swedish-Americans and Danish-Americans generate much more prosperity than Swedes and Danes who still live in Scandinavia.

Or consider the income data showing how average Americans enjoy much higher living standards than their European counterparts (either in Nordic nations or elsewhere).

What’s worrisome is that Biden wants a much bigger welfare state and he doesn’t seem to understand that European-sized government means anemic European-style economic performance.

This is the message that Bret Stephens shared in one of his recent columns for the New York Times.

He starts by describing Biden’s agenda.

President Biden charts a course toward the largest expansion of government since Lyndon Johnson’s Great Society. After signing a $1.9 trillion Covid-19 relief bill in March and proposing a $1.5 trillion discretionary budget in April (a 16 percent increase from this year, on top of what’s likely to be at least $3 trillion in mandatory spending on programs like Medicare and Medicaid), the president wants $2.3 trillion more for infrastructure and $1.8 trillion for new social programs. That’s $7.5 trillion in discretionary spending. To put the number in perspective, we spent $4.1 trillion in inflation-adjusted dollars over nearly four years to wage and win the Second World War. What will America get for the money?

He then points out the potential consequences.

…before the U.S. takes this leap into a full-blown American social-welfare state, moderates in Congress like Senator Joe Manchin or Representative Jim Costa ought to ask: What’s the catch? …The real catch is that massive government spending has hidden costs that are difficult to capture in numbers alone. Take another look at Europe. Why does R&D spending in the European Union persistently lag that in the U.S. …Why does Europe’s tech start-up scene…so notably lag its competitors…? Perhaps…social safety nets typically come at the expense of risk-taking and economic dynamism. And why is France, which, according to the Organization for Economic Cooperation and Development, spends more on social welfare than any other nation in the developed world, such an unhappy place, with chronically high unemployment, endless labor unrest, a decades-old brain drain, rising political extremism, a wealth tax that failed and a medical system that was on the brink of collapse long before Covid struck? …Beyond the gargantuan cost, Congress should think very hard about the real catch: transforming America into a kinder, gentler place of permanent decline.

Biden’s agenda inevitably will erode societal capital, leading to less work (because of lavish freebies such as per-child handouts) and lower levels of entrepreneurship (because of tax penalties on investment and risk-taking).

And this can lead to a tipping point, which is illustrated by my Theorem of Societal Collapse.