No NYT, Biden's Big Government Is European, Not American 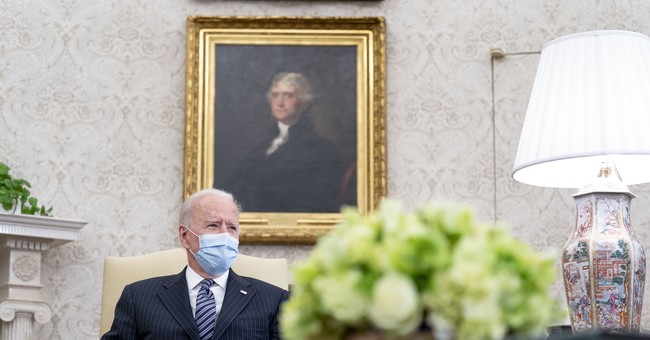 We can learn a lot by looking at economic history.

It’s instructive to note, for instance, that the United States evolved from agricultural poverty to middle-class prosperity in the 1800s – during a time when the burden of government spending was trivially small.

Federal spending that century, on average, consumed less than 5 percent of the country’s economic output, meaning we had a public sector far smaller that what is found today in supposedly small-government jurisdictions such as Hong Kong and Singapore.

There’s a lesson to be gleaned from America’s rise to prosperity, in my humble opinion, as well as from similar experiences in Western Europe.

But not everybody sees history the same way. Earlier this month, David Brooks opined in the New York Times in favor of Biden’s spending binge.

Given his long-standing opposition to libertarianism/small-government conservatism, that’s not a big surprise. But what is noteworthy is that he argued Biden’s statism is part of the American tradition.

What is the quintessential American act? It is the leap of faith. …The early days of the Biden administration are nothing if not a daring leap. …What is this thing, Bidenomics? …democracy needs to remind the world that it, too, can solve big problems. Democracy needs to stand up and show that we are still the future. …Cecilia Rouse, the chair of Biden’s Council of Economic Advisers, …said…“the private sector…is not best suited to deliver certain public goods like work force training and infrastructure investment,” she told me. “These are places where there is market failure, which creates a role for government.” …Some people say this is like the New Deal. I’d say this is an updated, monster-size version of “the American System,” the 19th-century education and infrastructure investments inspired by Alexander Hamilton, championed by Henry Clay and then advanced by the early Republicans, like Abraham Lincoln. That was an unabashedly nationalist project, made by a youthful country, using an energetic government to secure two great goals: economic dynamism and national unity.

The column concludes that we have to make this leap to deal with a threat from China.

Sometimes you take a risk to shoot forward. The Chinese are convinced they own the future. It’s worth taking this shot to prove them wrong.

But Mr. Brooks is wrong. We’re not taking a daring leap into the unknown with Biden’s agenda.

And that means we have lots of data showing what that means for our future. Unfortunately, it means Americans will enjoy less income and suffer from lower living standards.

At the risk of understatement, that doesn’t seem like a good idea.

P.S. I also can’t resist pointing out that there are several small points in Brooks’ column that cry out for correction, such as the anti-empirical assertions that government job training is a good idea or that government intervention in the 1800s produced good results.

P.P.S. I’m also baffled that so many people view China as a successful economic model when living standards in that nation are only about one-fifth of American levels.