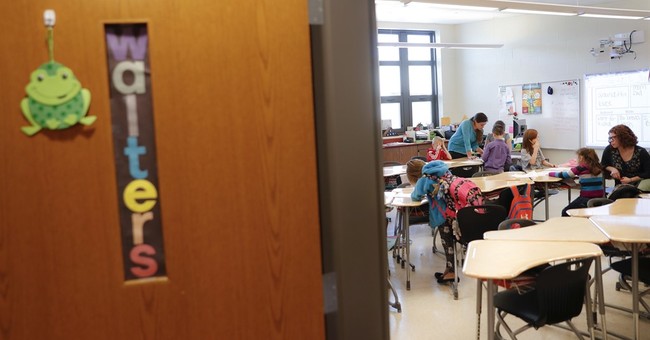 I’m pessimistic about the direction of public policy, especially on fiscal issues such as taxes and spending.

But there is a silver lining to this dark cloud of statism. We’re seeing continuing progress on school choice, most notably a big expansion of educational freedom in West Virginia.

It appears more and more state and local policy makers are reaching the inevitable conclusion that government schools operate for the benefit of teacher unions rather than students.

And this is motivating many legislators to push for school choice, especially since there’s more and more evidence that school choice improves educational outcomes.

For instance, the Wall Street Journal opined last week about a new victory in Indiana.

Ten years ago in these columns, we hailed Indiana for its leadership in establishing one of America’s most ambitious school voucher programs. On Thursday the Indiana Legislature built on that achievement by approving a budget that will take the program to 48,000 students a year from about 37,000. …The teachers unions are unhappy. Their beef is that money to expand choice is taken from traditional public schools. And this year they lobbied local school boards to pass resolutions opposed to school choice. But that common union line about choice robbing public schools isn’t true. …92% of Indiana students will be in traditional public schools, and 93% of all education funding will go to these schools. …Since 2011, when Indiana pushed through its first voucher plan, more than a quarter-million Hoosier students have benefited. In an interview with Today’s Catholic, former Gov. Mitch Daniels explains the moral logic of choice this way: “Providing poor and minority families the same choice of schools that their wealthier neighbors enjoy is the purest example of ‘social justice’ in our society today.”

Meanwhile, Arkansas may be on the verge of adding to the good news.

Here are some excerpts from an article by Jason Bedrick in National Review.

In response to families demanding more educational options, six states have already passed new choice policies or expanded existing ones this year, and similar bills are still making their way through more than a dozen other state legislatures. …the Arkansas state senate…passed Senate Bill 680, which has the support of Governor Asa Hutchinson and the Arkansas Department of Education, by an overwhelming margin. Although only half the size of the previous proposal and limited only to low-income children, the bill still represents a major step toward providing broad access to educational choice. The Arkansas House now has another opportunity to do right by Arkansas families desperate for more educational options. …the Arkansas House Revenue and Taxation Committee voted to recommend that the full House pass the bill.

The superintendents of government schools are fighting to preserve the status quo. Their main argument is that choice will hurt outcomes for students stuck in their schools.

But competition encourages everyone to do better, and Jason shares some of the evidence about government schools doing better when there is school choice .

The research about the effects of educational-choice policies on public schools…overwhelmingly finds that such policies benefit not only participating students, but also the students who remain in their assigned district schools. Out of 27 studies, 25 find that students attending district schools improve their performance on standardized tests after the introduction of a choice program, while only one study found a negative effect, and one found no visible effect. …a recent study by the University of Arkansas found that states with robust educational-choice policies saw significant improvements on the National Assessment of Educational Progress (known as the “Nation’s Report Card”) over the last two decades. …The sky isn’t falling in any of the 29 states that have some form of private-school-choice program. Indeed, the sun is still shining on their public-school systems, which have not only not collapsed but are actually performing better than before.

Fingers crossed that Arkansas lawmakers do what’s right for kids rather than siding with the education bureaucracy.

Let’s conclude with this video from the Institute of Justice, which makes the point that school choice is especially critical for those with low incomes and other challenging backgrounds.

I shared a similar video back in 2016 as part of a column about why school choice is critical for black children.

P.S. If you want to learn more about school choice, I recommend this video.