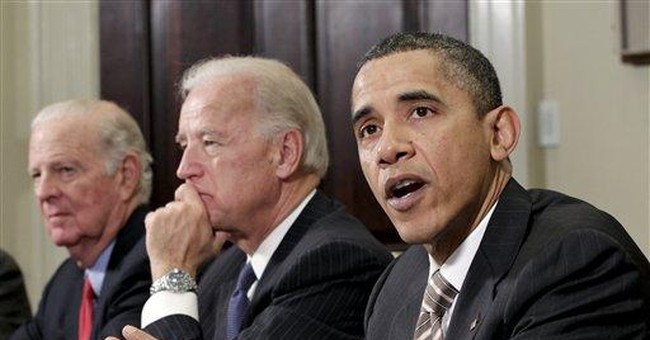 According to data on jobs and growth, President Obama’s so-called stimulus was a failure.

But at least politicians and bureaucrats were able to concoct new and clever ways to waste money. Including research grants to interview people about their sexual histories and to study erectile dysfunction.

In other words, stimulus spending on stimulus (though at least we did get some clever humor in exchange for nearly $1 trillion of wasted money).

And we’re getting more stimulus spending on stimulus.

But not the economic kind of stimulus. Paul Bedard of the Washington Examiner reports that people are using handout cash for interesting purchases.

An analysis of spending on Amazon following the distribution of the latest coronavirus stimulus, a massive $1.9 trillion package, suggests that people are using it to let off some steam. The global e-commerce firm Pattern said that the biggest surges in sales were for the PlayStation 5 and a female sex toy called the “Rose Flower Sex Toy.” …Rose’s sales (check Amazon for the description) shot up 334%. …“Distribution of stimulus checks on Wednesday, March 17…may have represented an opportunity for some retail therapy,” said the company.

I’m sure there’s probably some interesting social commentary to make about guys playing video games and neglecting their wives and girlfriends.

But I’m a policy nerd, so I’m focused on how we’re now saddled with a bigger burden of government spending.

The problem is much bigger than the humorous/irritating example discussed above.

In a column for the Foundation for Economic Education, Brad Polumbo shares some big-picture data on how politicians have squandered our money.

Whenever the government spends money, a significant portion is lost to bureaucracy, waste, and fraud. But the…unprecedented scope of federal spending in response to the COVID-19 pandemic—an astounding $6 trillion total—has led to truly unthinkable levels of fraud. Indeed, a new report shows that the feds potentially lost $200 billion in unemployment fraud alone. …More than $200 billion of unemployment benefits distributed in the pandemic may have been pocketed by thieves… To put that $200 billion figure in context, it is equivalent to $1,400 lost to fraud per federal taxpayer. (There goes your stimmy check!) Or, comparing it to the $37 billion the federal government spent on vaccine and treatment development, it’s more than five times more lost to fraud than went to arguably the most crucial COVID initiative of all. That’s just scratching the surface. According to the American Enterprise Institute, “unemployment fraud” now ranks as the 4th biggest federal COVID expenditure out of more than 17 different categories.

If you’re a taxpayer, hundreds of billions of dollars in fraud sounds like a bad outcome.

But if you’re a Keynesian economist, it’s not a problem. All they care about is having the government borrow and spend a bunch of money. They think that making government bigger automatically generates benefit for the economy, even if the money goes to thieves and crooks.

I’m not joking. This is why people like Paul Krugman said a fake attack by space aliens would be good for the economy because Washington would spend a bunch of money in response.

And it’s why Nancy Pelosi actually said the economy benefits if we subsidize joblessness.