Is Europe Really Better For The Poor? 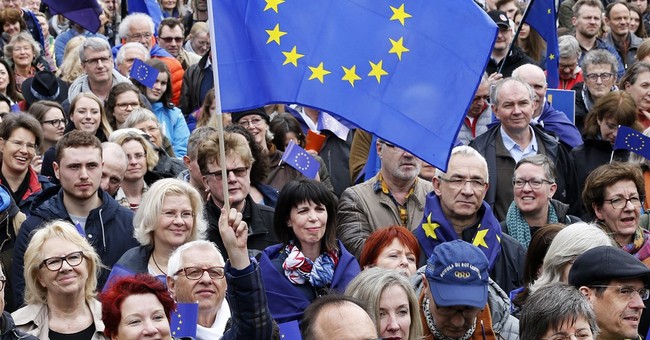 As illustrated by my recent three-part series (here, here, and here), I care about helping the poor rather then hurting the rich.

More broadly, I want a bigger economic pie so that everyone can have a larger slice. And I don’t particularly care if some people get richer faster than other people get richer (assuming they are earning money honestly and not relying on government favoritism).

In other words, it doesn’t bother me if someone like Bill Gates is getting richer faster than I’m getting richer, so long as there’s an economic environment that gives both of us a chance to prosper based on how much value we are providing to others.

But some folks are fixated on how the pie is sliced.

For instance, the Peterson Institute for International Economics recently tweeted that there is too much inequality in the United States (compared to Europe) and that something should be done to “fix” this supposed problem.

That may be true in nations with despotic socialist governments, such as Cuba, North Korea, and Venezuela, where the ruling class lines it pockets at the expense of the general population.

However, let’s focus on the United States and Europe, since the Peterson Institute wants readers to think that politicians in Washington should “fix” the distribution of income in America so that we resemble our friends on the other side of the Atlantic Ocean.

Earlier today, I answered those questions with three tweets.

I started with this tweet pointing out that average living standards are far higher in the United States than they are in Europe.

I then shared this tweet pointing out that the bottom 10 percent of people in America would be middle class compared to their counterparts in Europe.

I then concluded with this tweet showing that the bottom 20 percent of people in the United States have incomes higher than the average income in most European countries.

The moral of this story is that ordinary people are better off in America.