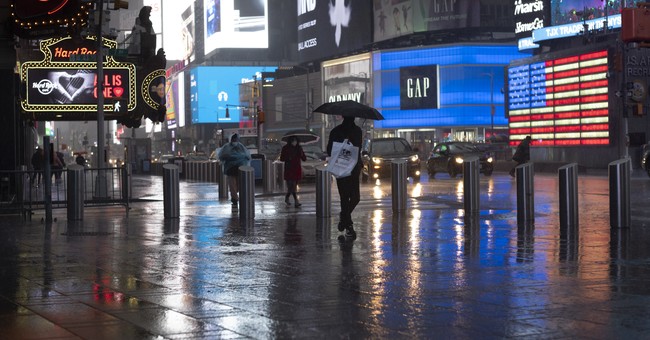 The most-common complaint about bureaucrats is that they’re lazy.

Though it’s probably more accurate to say that bureaucracies have very little incentive to care about citizens.

After all, the rest of us are captive customers, whether we’re dealing with the federal government’s postal service, a state motor vehicles department, or a local government’s education bureaucracy.

So it would be naive to expect the kind of attentiveness and hustle you find when dealing with many private merchants.

But one thing we can say is that bureaucrats aren’t sluggish when they have an opportunity to defraud taxpayers.

For instance, a report in the New York Times by Benjamin Weiser exposes a jaw-dropping overtime scam by transit bureaucrats in New York.

Thomas Caputo, a senior track worker for the Long Island Rail Road, put in for 15 hours of overtime for work he said he had done at the West Side Yard in Manhattan. His shift began at 4 p.m. and ended at 7 o’clock the next morning. But, the authorities say, Mr. Caputo was somewhere else that evening: at a bowling alley in Patchogue, N.Y., more than 55 miles away, where he bowled three games, averaging a score of 196. He took home an overtime payment of $1,217. …Mr. Caputo, 56, who retired in 2019 after three decades with the railroad, was listed in 2018 as the highest paid M.T.A. employee with total pay of more than $461,000, including about $344,000 in overtime. …In 2018, according to a criminal complaint unsealed on Thursday, Mr. Caputo claimed to have worked 3,864 overtime hours, on top of 1,682 regular hours. If he had worked every single day that year (which he did not), the complaint said, his claims would average about 10 hours of overtime each day for the entire year, beyond his regular 40-hour workweek.

But Mr. Caputo was just the tip of the iceberg.

Caputo was one of five current and former employees of the Metropolitan Transportation Authority charged on Thursday with participating in an overtime fraud scheme that allowed them to become among the highest-paid employees at the agency… All five defendants each earned more than the salary of the M.T.A. chairman or Gov. Andrew M. Cuomo, who oversees the agency.

Another bureaucrat was very creative in milking the system.

Michael Gundersen, 42, a maintenance-of-way supervisor at New York City Transit, was accused of reporting he had worked long shifts in March 2018, for which he was paid $2,481. But evidence showed that at the same time, he had hotel reservations in Atlantic City and tickets for concerts there on successive nights, a second complaint charged. During other periods that Mr. Gundersen was paid thousands of dollars for claimed overtime, he was on vacation in Williamsburg, Virginia, participating in a 5K footrace in New Jersey, and on a family vacation at a resort in the Hudson Valley.

By the way, you probably won’t be surprised to learn that the M.T.A. has serious financial problems (one of the few entities to get bailout money as part of pandemic relief).

The charges come at a time when the authority is confronting its worst financial crisis because of the pandemic and a stalemate over federal aid. Without a financial bailout, the agency has said that it will have to slash subway and bus service and that more than 9,000 workers could lose their jobs. …The huge overtime payments made to Mr. Caputo and other M.T.A. employees were revealed a month earlier by the Empire Center for Public Policy, a conservative think tank in Albany. Its research showed that 33 M.T.A. employees earned more than $300,000 in 2018, with almost all receiving large amounts of overtime pay. …The charges come more than a decade after the Long Island Rail Road was caught up in a scandal over disability payments. A New York Times investigation had found that nearly every career employee who retired received a disability pension.

In other words, not only are bureaucrats overpaid in general, but they also are very adept at cheating the system to pad their paychecks.

We’ll close with by explaining that this type of scam is common with government employment.

Why? For the simple reason – as illustrated by the cartoon – that politicians are bureaucrats tend to be on the same side with negotiating new contracts.

Nobody represents the interests of taxpayers.

In any event, I’m sure we can all agree that Mr. Caputo, Mr. Gunderson, and the rest of the crooks deserve membership in the Bureaucrat Hall of Fame.

P.P.S. And this satirical video actually does a very good job of capturing how bureaucracy actually operates.

P.P.P.S.  Here’s a great top-10 list from Letterman about bureaucrats.