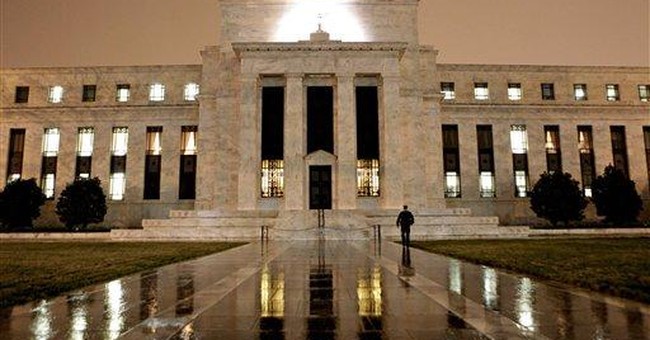 Public finance experts sometime differ in how to describe a value-added tax.

Both answers are actually correct. The VAT is both a tax on consumption and a tax on income because – notwithstanding its other flaws – it has the right “tax base.”

In other words, like the flat tax, a VAT taxes all economic activity, but only one time (i.e., no double taxation of income that is saved and invested). And it usually has a single rate, which is another feature of a flat tax.

That’s why a VAT (in theory!) would be acceptable if it was used to finance the complete abolition of the income tax.

Instead, many politicians in the United States want to keep the income tax and also impose a VAT so they can finance a bigger burden of government – which is exactly what’s been happening in Europe.

Unfortunately, they’re getting some support from the American Enterprise Institute. Alan Viard, a resident scholar at AEI, has a new column urging the adoption of a VAT.

Let’s review what he wrote and explain why he’s wrong.

The U.S. faces a large long-term imbalance between projected federal tax revenue and federal spending… To narrow the fiscal imbalance, we should follow the lead of 160 other countries by adopting a value-added tax (VAT), a consumption tax that is economically similar to a retail sales tax. …Adopting a VAT would significantly curb the debt buildup.

I’ve never been impressed with the argument that the U.S. should adopt a policy simply because other nations have done the same thing.

The United States is much richer than other countries in large part because we haven’t replicated their mistakes. So why start now?

But let’s deal with Viard’s assertion that a VAT would “significantly curb the debt buildup.”

I recently showed the opposite happened in Japan. They adopted a VAT (and have repeatedly increased the VAT rate), but debt has increased.

But I think the strongest evidence is from Europe since we have several additional decades of data. Those nations started imposing VATs in the late 1960s and they now all have very high VAT rates.

And what’s happened to debt?

Well, as you can see from the chart, big increases in the tax burden were matched by even bigger increases in government debt.

The moral of the story is that Milton Friedman was right when he warned that, “History shows that over a long period of time government will spend whatever the tax system raises plus as much more as it can get away with.”

So why would Viard support a VAT when the evidence overwhelmingly shows that a big tax increase will worse a nation’s fiscal outlook?

He argues that a VAT would be the least-worst way to finance bigger government.

Although tax increases on the affluent place the burden on those with the most ability to pay, they impede long-run economic growth by penalizing saving and investment and distorting business decisions. The economic costs become larger as tax rates are pushed higher. …The VAT is more growth-friendly than high-income tax increases because it does not penalize saving and investment and poses fewer economic distortions.

He’s right that a VAT doesn’t do as much damage as class-warfare tax, but he’s wildly wrong to assert that it is “growth-friendly.”

Simply stated, a VAT will drive a further wedge between pre-tax income and post-tax consumption. That not only will discourage work. It also will discourage saving and investment.

The only positive thing to say is that a VAT doesn’t discourage those good things as much as some other types of tax increases.

But that’s sort of like saying that it’s better to lose your hand in an accident instead of losing your entire arm. Call me crazy, but I think the best outcome is to avoid the accident in the first place.

In other words, the bottom line is that we shouldn’t have any tax increase. Especially since 100 percent of America’s fiscal problem is the consequence of excessive government spending.

I’ll close by debunking the notion that a VAT is a simple tax.

As you can see from this European map, VATs can impose huge complexity burdens on businesses.

Yes, the map shows that some nations have relatively simple VATs, but American politicians already have shown with the income tax that they can’t resist turning a tax system into a Byzantine nightmare. Of course they would do the same with the VAT, creating special loopholes and penalties to please their donors.

P.S. Here’s my video from 2009, which explains how a VAT works and why it would be a bad idea.

Everything I said back then is even more true today.

P.P.P.S. You can enjoy some amusing – but also painfully accurate – cartoons about the VAT by clicking here, here, and here.