Evidence Stacks Up For Charter Schools 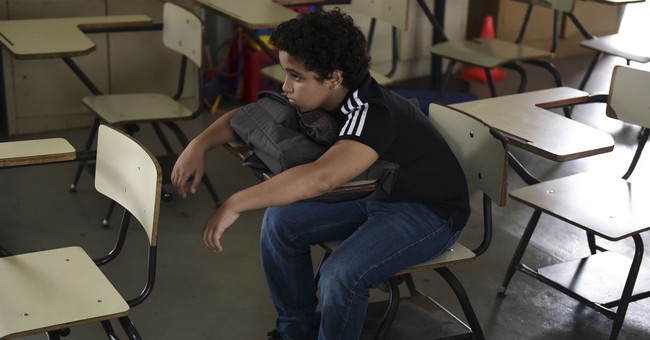 Moreover, given the way minorities are poorly served by the status quo, school choice should be the civil rights issue of the 21st century.

But what about charter schools, which are hybrid creatures. They’re government schools, but they’re largely independent of bureaucratic constraints, and they also have to compete for students, which means they face similar incentives and get to operate in a similar fashion to private schools.

I’ve never analyzed the degree to which these schools are successful, but I remember being stunned when I was writing last year about “National Education Week” and saw a map showing the incredibly high demand for charter schools from parents in poor areas of Washington, DC.

What did those parents know that I didn’t know?

Well, it turns out that they must know that charter schools are a much better option than regular government schools.

There’s some new research, just published by Education Next, by Professor Paul Peterson and Danish Shakeel of Harvard University’s Program on Education Policy and Governance that looks at the comparative performance of charter schools.

Here’s a description of the study’s methodology.

…we track changes in student performance at charter and district schools on the National Assessment of Educational Progress, which tests reading and math skills of a nationally representative sample of students every other year. We focus on trends in student performance from 2005 through 2017 to get a sense of the direction in which the district and charter sectors are heading. We also control for differences in students’ background characteristics. This is the first study to use this information to compare trend lines. Most prior research has compared the relative effectiveness of the charter and district sectors at a single point in time.

They wanted to investigate this topic because charter schools are increasingly popular.

School systems in 43 states and the District of Columbia now include charter schools, and in states like California, Arizona, Florida, and Louisiana, more than one in 10 public-school students attend them. In some big cities, those numbers are even larger: 45 percent in Washington, D.C., 37 percent in Philadelphia, and 15 percent in Los Angeles. Nationwide, charter enrollment tripled between 2005 and 2017, with the number of charter students growing from 2 percent to 6 percent of all public-school students. …one in three charter students is African American.

Here are the results.

As you can see, charter schools are attracting more students because parents want better outcomes.

Our analysis shows that student cohorts in the charter sector made greater gains from 2005 to 2017 than did cohorts in the district sector. The difference in the trends in the two sectors amounts to nearly an additional half-year’s worth of learning. The biggest gains are for African Americans and for students of low socioeconomic status attending charter schools. …The average gains by 4th- and 8th-grade charter students are approximately twice as large as those by students in district schools.

Here are the relevant charts from the study.

Here’s a chart showing that charter schools produce bigger gains in both math and reading, whether looking at students in 4th grade or 8th grade.

Last, but not least, our final visual looks at the gains for disadvantaged students.

This is all good news.

But there’s also some bad news.

Joe Biden wants to curry favor with teacher unions and that means he has come out against charter schools and other reforms that threaten the existing education monopoly.

So if Biden wins, this could be very bad news for poor kids that don’t have any other educational alternatives.