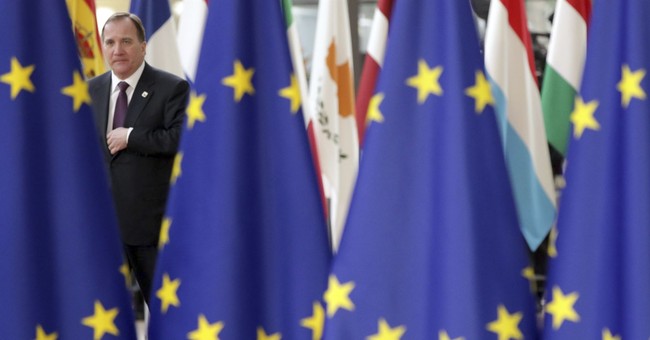 In its early days, the European Union increased economic liberty since it largely existed as a free-trade pact for member nations.

Unfortunately, it has subsequently shifted to a more statist approach, with countries like France and Germany pushing for ever-increasing levels of harmonization, bureaucratization, and centralization.

Indeed, the E.U. has just taken a big step in the wrong direction. Notwithstanding very clear language in the Treaty on the Functioning of the European Union, politicians from member countries just approved a big bailout for some of the bloc’s most poorly governed nations.

The Washington Post, in a report by Michael Birnbaum, Quentin Ariès, and Loveday Morris, has the details of the redistribution plan.

European leaders on Tuesday morning agreed to a vast spending plan to rescue the economies of coronavirus-hit countries…The negotiations had been bogged down by the objections of a handful of rich, northern countries on the scope of the fund and the strings attached to it. But…they hammered out a compromise. …The final agreement earmarks $859 billion in loans and grants to largely be spent over the next four years. …The main disagreement between the leaders of a handful of self-dubbed “frugal” countries — the Netherlands, Sweden, Austria, Denmark and Finland — and their peers was about how much money to ship to hard-hit countries such as Italy and Spain and how much oversight donor countries ought to have over how the funds are spent. …The others didn’t, offering a vision that would be a small step closer to a federal European Union…some analysts dubbed it Europe’s “Hamiltonian moment” — a burst of centralization that would forever hand more power to Brussels. “It’s an upgrading of supranational institutions’ role and power. It’s really upgrading them in a very significant way,” said Rosa Balfour, the director of the Brussels office of the Carnegie Endowment for International Peace, a think tank. …Italy, Spain and Poland would be the biggest beneficiaries of the plan.

I can’t resist the observation that both the first sentence and the headline are examples of either explicit or implicit media bias. Fair and knowledgeable reporters would have added words such as “supposed” or “alleged” rather than naively accepting the spin from Brussels that a bailout would “rescue the economies” of recipient nations.

But let’s set that aside and focus on the policy problem, which is that the agreement expands the size and scope of government in countries that already are suffering from statist policies.

Even worse, the new pact means more power for Brussels, thus opening the door for much greater levels of European-wide redistribution.

Some call this Europe’s Hamiltonian moment, in reference to the deal to have the federal government in the United States assume the debts that states incurred during the Revolutionary War, but that’s nonsense. The new agreement is akin to the proposals to have Uncle Sam provide bailouts of poorly governed states such as California, New Jersey, and Illinois.

The Dutch took the lead in fighting the E.U.’s new scheme, but ultimately capitulated.

Dutch leaders and their allies said countries such as Italy and Spain are to blame for pre-pandemic economic difficulties that left them struggling to pay their way out of the current crisis. They said they do not want to send money to those countries if they have no guarantees of economic reform in return. The Netherlands wants “truly enforcing reforms in exchange for loans,” Dutch Prime Minister Mark Rutte said Monday. “And if loans still have to become subsidies, then these reforms must really be enforceable” by allowing E.U. leaders to have oversight, he said.

The Dutch made very sound arguments. The E.U. scheme will reward nations with bad policy.

Here’s a look at the average level of economic liberty for the countries that resisted the bailout compared to the average for the three nations that will get the biggest shares of bailout money.

For what it’s worth, it’s a mistake to provide bailouts, especially if there are no strings attached to force recipients to fix bad policies.

But an ever-bigger problem, as noted in the excerpt above, is that the agreement could set the stage for a “burst of centralization that would forever hand more power to Brussels.”

P.S. British voters were very wise to approve “Brexit” so they won’t have to pay for this foolish scheme.