The Reality Of Life Under Socialism 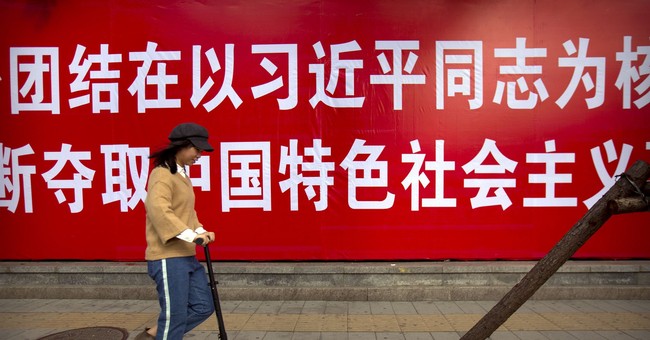 When making the case against socialism, I’ve pointed out how that coercive ideology is an evil and immoral failure.

But maybe the best argument is contained in this very short video that was shared by a group of Tory activists in the United Kingdom.

Ms. Badenoch is now a member of the United Kingdom’s Parliament, and she was describing what it was like to grow up in Nigeria, a country where capitalism was not allowed to flourish.

Given the upside-down incentive system created by socialism, it’s no surprise that she endured hardship.

And while her story is just an anecdote, there is overwhelming evidence that nations with more economic liberty generate much better outcomes for ordinary people.

If you’re interested in learning more Ms. Badenoch, the U.K.-based Daily Mail profiled her back in 2017.

Kemi Badenoch is black; although British-born, she was raised in Nigeria by African parents, returned to England when she was 16 and rose from impoverished first-generation immigrant to parliamentarian in just 21 years. …Kemi, 37, married with two young children, won her safe seat in rural Essex with a 24,966-seat majority after Sir Alan Haselhurst, 80, stood down after 40 years. …What’s more, she was chosen ahead of Theresa May’s special adviser Stephen Parkinson, a Cambridge-educated white male. Kemi’s maiden Commons speech…marked her as a rising star. She spoke of her African childhood, saying: …‘Unlike many colleagues born since 1980, I was unlucky enough to live under socialist policies. It is not something I would wish on anyone, and it is just one of the reasons why I am a Conservative.’ …Kemi has a refreshing view of politics. …She supports Brexit — ‘the greatest ever vote of confidence in the project of the United Kingdom’ — and her heroes are Winston Churchill, Margaret Thatcher…she made a last-minute decision in favour of Leave. ‘And since, I’ve felt more and more confident that it was the right one,’ she says. ‘Many people who voted Brexit warmed to me because they felt I wasn’t a typical Leave voter. I’ve no time for those who say, “Brexit is all about racism.” That’s offensive. ‘It’s about sovereignty, bureaucracy and how we make our laws. …Kemi is fired up by the patriotism of the emigre who chose to live in Britain. ‘I’m Conservative because of the experiences I’ve had,’ she says. ‘I know what it’s like to live in a Third World country run by a regime with Socialist principles. It shaped my outlook and helped me appreciate how great Britain is.’

She was on the correct side on Brexit and Thatcher was one of her heroes. And she got the seat after beating out an ally of Theresa May, who was on the wrong side of Brexit.

That’s a very nice combination, but I want to zoom out and make a big-picture observation about how Ms. Badenoch’s move to the United Kingdom is part of a global pattern.

Simply stated, people vote with their feet against socialism.

There are no caravans marching toward Venezuela (notwithstanding this satire).

Refugees aren’t in ramshackle boats trying to go from Florida to Cuba.

By the way, people also vote with their feet against big government inside the United States.

Needless to say, there’s a lesson to be learned from these migratory patterns.

P.S. If you like first-hand accounts of what it’s like to live under socialism, I recommend these videos from Gloria Alvarez, Thomas Peterffy, and two Venezuelans.

P.P.S. Ms. Badenoch’s video is only 37 seconds, but you can also learn about socialism in videos that last 10 seconds or less.

ESPN Writer Wonders Why People Don't Like Megan Rapinoe and I Have Thoughts
Redstate
"This is a mess": White House, Dems feud expands over eviction-moratorium failure
Hotair