Lockdowns Have A Deadly Impact 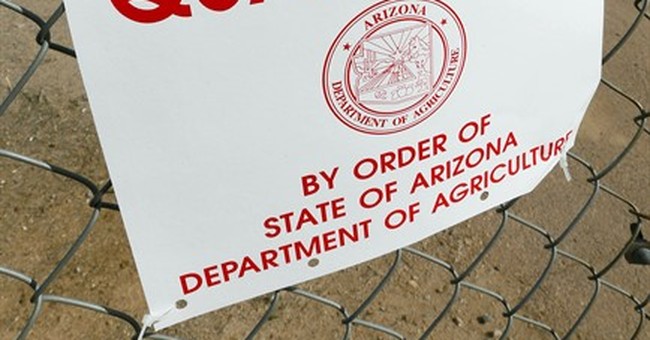 Last October, before coronavirus became the world’s dominant issue, I shared this clever Remy video to help make the point that policies designed to save lives can go too far. Indeed, if they do enough harm to the economy, they can actually cause additional death.

I’ve written about this tradeoff in the context of the coronavirus, pointing out that policymakers should look at total deaths, not just deaths from the virus.

In a column for the Philadelphia Inquirer, Professors Antony Davies and James Harrigan elaborate on these tradeoffs.

In times of crisis, people want someone to do something, and don’t want to hear about tradeoffs. This is the breeding ground for grand policies driven by the mantra, “if it saves just one life.” …Rational people understand this isn’t how the world works. …Unfortunately, even mentioning tradeoffs in a time of crisis brings the accusation that only heartless beasts would balance human lives against dollars. …Five-thousand Americans die each year from choking on solid food. We could save every one of those lives by mandating that all meals be pureed. Pureed food isn’t appetizing, but if it saves just one life, it must be worth doing. …Legislating…these things would be ridiculous, and most sane people know as much. How do we know? Because each of us makes choices like these every day that increase the chances of our dying. …The uncomfortable truth is that no policy can save lives; it can only trade lives. Good policies result in a net positive tradeoff. But we have no idea whether the tradeoff is a net positive until we take a sober look at the cost of saving lives. …It’s time we took a sober look at what this shutdown is costing us.

Opining for the Wall Street Journal, Joseph Sternberg warns that all options are bad, but herd immunity may be the least-worst approach.

The experts might have been right the first time. …The stated goal was not to vanquish the virus but merely to try to control its spread so as not to overwhelm health-care systems. …Those opinions now are widely derided, often in insulting terms. Yet subsequent events suggest they’re mainly correct. …The trouble started in mid-March when “herd immunity,” previously the tacit or acknowledged endgame for most of the world, became a toxic phrase. Critics pointed out that allowing the virus to spread in a controlled manner would cost lives. …But if those experts have a more plausible plan than taking a controlled path to herd immunity, the world is waiting to hear it. …A vaccine is a year or more in the future, if one ever emerges. An effective mass test-and-trace regime would require a level of competence and focus that typically eludes modern governments.

The tradeoffs are especially important in poor countries.

The lockdown will lead to 29 times more lives lost than the harm it seeks to prevent from Covid-19 in SA, according to…a new model developed by local actuaries. …They have sent a letter…to President Cyril Ramaphosa…they call for an end to the lockdown, a focus on isolating the elderly and allowing children to go back to school, while ensuring the economy restarts so that lives can be saved. …The actuaries used a model comparing “years of lives lost” from Covid-19, to “years of lives lost” from the lockdown. …their model translated into a minimum of 26,800 “years of lives lost” due to Covid-19, and a maximum of 473,500 years. …The actuaries then used the figures predicted by the National Treasury to model the impact on poverty. … their model showed that the number of years lost owing to the economic contraction caused by lockdown lies between 14-million and 24-million.

I have no idea, of course, whether these numbers are correct. Especially since even the world’s biggest experts are still learning about the disease.

But the underlying methodology is sensible. Policies that cause a weaker economy (and South Africa already has plenty of those) will make a country poorer and its people poorer.

And poorer people in poorer nations will die at younger ages.

Somebody sent me this image, which helps to capture the health costs of lockdowns.

P.S. Back in 2012, I pointed out that the economy’s sub-par performance under Obama would lead to almost 60,000 premature deaths. I openly acknowledged that this back-of-the-envelope calculation was very speculative, but what’s not speculation is that richer societies are healthier societies.