Coronavirus Will Permanently Change Policy, But Will That Mean More Liberty Or Less? 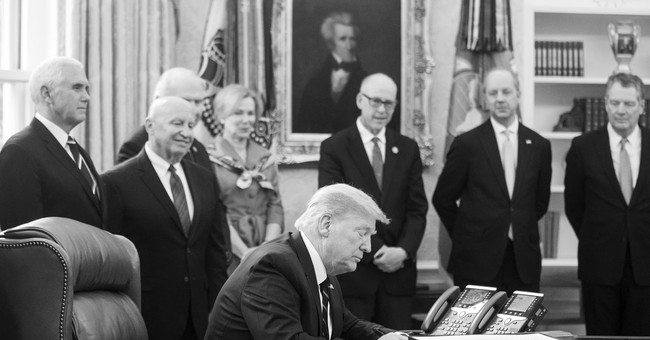 I spoke last week about the “Economic Consequences of the Crisis” for a webinar organized by the Estonian Business School.

My remarks focused on the severity of the downturn, the likelihood of a new fiscal crisis in Europe, and how to balance the costs and benefits of re-opening the economy.

The full program, which was part of the Digital Free Market Road Show, can be viewed by clicking here.

For today’s column, I want to focus on my final slide, which asks whether politicians will use the crisis to permanently expand the size and scope of government.

I didn’t make any sweeping predictions when discussing this slide, though my tone was somewhat pessimistic. Simply stated, I fear we’ll have a bigger burden of government when the coronavirus crisis abates.

This doesn’t necessarily have to be the outcome. As I wrote two years ago, it’s possible for a crisis to produce either more statism or more liberalization.

Robert Higgs and Don Boudreaux, writing about this topic for Reason, fear that politicians will succeed in using the crisis to move the needle in the wrong direction.

Although everyone seems to agree that these measures are to be employed only in the short run, until the incidence of the disease has been reduced either by herd immunity or by new medical treatments, no one at the start put together an exit strategy from these extraordinary increases in governments’ size, scope, and power. Everything was done on a piecemeal basis from day to day, on the assumption that when an endgame came into view the governments would terminate their crisis actions. This assumption runs counter to how crisis-borne increases in government’s size, scope, and power have played out in the past. …the growth of government that attends national emergencies is not surrendered fully when the crisis ends. Instead, a ratchet effect operates whereby much of the crisis-borne growth of government becomes institutionalized in agencies and practices and, more important, in the dominant ideology of political elites and the general public.

Higgs and Boudreaux use insights from “public choice” to describe the process that produces ever-larger government.

As crisis followed crisis—World War I, the Great Depression, World War II, the multifaceted turmoil of the Johnson-Nixon years, the 9/11 attacks, the Great Recession that began in 2008—the ratchet effect ensured that government’s growth trajectory was displaced upward, time after time. …People sometimes regretted actions taken hastily during a crisis but found that reversing them was diabolically difficult. …The ratchet effect operates because of incentives and constraints built into the political and economic structure. …To disable the ratchet effect, people must rouse themselves to think more seriously about the long-run consequences of actions taken hastily in response to national emergencies—and about whether they want to keep their remaining economic freedoms and civil liberties or be content to surrender them one crisis at a time.

It’s hard to argue with their analysis, but I’ll close with a bit of optimism.

Here’s a chart based on data from Economic Freedom of the World, including research extending estimates back to 1950. It shows that – notwithstanding various crises – there has not been a decline in liberty for the United States since World War II.

This suggests that Higgs and Boudreaux are too gloomy.

I wonder, however, when going as far back as the 1950s-1970s, if the data is good enough to produce reliable estimates of economic liberty.

How can it be true, for instance, that overall economic liberty increased during the 1970s, when we had Nixon’s awful statism?

Though maybe I have tunnel vision because of my focus on fiscal policy. A Spanish scholar who put together long-run data on non-fiscal policy (going all the way back to 1850) found that economic liberty has been increasing.

In any event, let’s hope that economic liberty doesn’t shrink in the future. Assuming, of course, we care about national prosperity and poverty reduction.