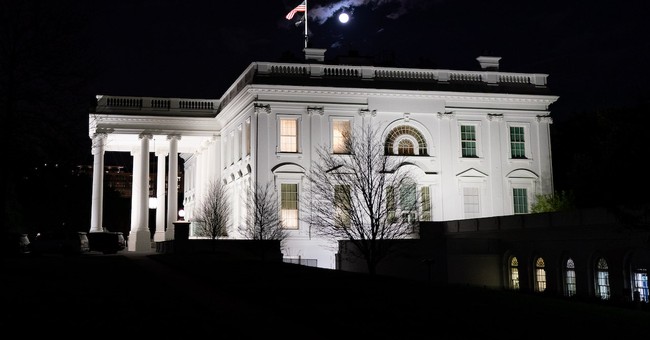 An unfettered “price system” is a core feature of capitalism, as explained in videos from Marginal Revolution, Learn Liberty, and Russ Roberts.

This video from Don Boudreaux is a great addition to that collection.

What happens, though, when politicians interfere with this system by dictating minimum or maximum prices?

I’ve previously addressed why price controls are misguided, looking at the sector-specific impact of government price-rigging for items such as rental housing, labor, and pharmaceuticals.

The World Bank has just published a new working paper on this issue. Here are some of the key findings.

Price controls have a long history with well documented examples… In the 20th century, these policies were used extensively in several Western countries…, culminating with widespread controls in the United States and the United Kingdom in the 1970s… Price controls were also ubiquitous in communist countries with planned economies. …Price controls can be imposed in a variety of ways. They may involve price ceilings, or price floors, imposed on selected goods and services by the authorities. …this study seeks to enumerate the challenges that price controls impose for growth and development and government policies. While they may be introduced with the best intentions to improve social outcomes, available evidence suggests that price controls often undermine growth and development, impose fiscal burdens…price control measures frequently morph into distortive subsidy regimes. Important social, fiscal and environmental costs are likely to follow, as well as adverse consequences for investment and employment, and productivity growth.

The logical conclusion, of course, is that the existence of price controls helps to explain why these countries have lower levels of economic development.

Here’s a chart from the study showing the prevalence of price controls.

The study goes on to list all the negative effects associated with price controls.

If you don’t want to read a lengthy excerpt, I’ve highlighted some of the adverse consequences.

The use of price controls can have adverse consequences for growth for several reasons. Price ceilings can depress producer margins and discourage domestic investment and entrepreneurial activity…they can discourage foreign investment in those sectors by increasing the country risk premium facing global firms…where the controlled price is above that required for a competitive return to investment, its maintenance requires barriers to entry or costly government stockpiling of excess supply… Price-support controls can depress competition… Price control regimes may also tilt the allocation of resources towards the subsidized sector. …such policies can end up reducing productivity, and worsening income inequality… They may lead to inefficient use of subsidized inputs… They can also adversely affect incentives to adopt productivity-raising new technologies. Empirical evidence suggests that market-oriented structural reforms, including the reduction of price controls and their related subsidies, are strongly associated with improved firm-level productivity in EMDEs… Moreover, price controls that distort consumption towards price-controlled goods, can cause chronic shortages of these goods… Price controls in the financial sector, such as ceilings on interest rates, can distort financial markets… These measures reduce the supply of credit to safer borrowers and small and medium-sized enterprises, increase the level of non-performing loans, reduce competition and innovation in lending markets, and increase informal lending. Moreover, they can exacerbate inequality by limiting the poor’s access to lending. …Replacing price controls…, coupled with structural reforms, can be both pro-poor and pro-growth. Indeed, policies to lower subsidies that underpin price controls appear to be associated with higher per capita output growth.

An exhaustive list, to put it mildly. I’m almost surprised that lung cancer and tooth decay weren’t included as well.

In 2011, the Federal Reserve adopted rules implementing fee caps on debit card transactions, pursuant to the Dodd-Frank Act of 2010. These rules have led to diminished access to credit products for consumers and have failed in their promise to lower consumer debit fees. The last eight years have shown this to be a failed experiment. …The amendment’s direct price control has gotten most of the attention and well-deserved criticism, having resulted in the same consequences as all price controls. Every college student taking Economics 101 learns that keeping prices at an artificially low level results in an undersupply of vital goods or services. …Supporters of the Durbin amendment’s price controls and exclusivity ban argued that the provision would pass cost savings on to consumers. That alone was not a legitimate argument in the first place, as it would merely reflect use of government power to take property rights from innovators and redistribute them to politically sympathetic beneficiaries. Even if one were willing to accept that as a legitimate policy goal, the fact is it didn’t happen. Studies by the Federal Reserve Bank of Richmond demonstrate that the Durbin amendment didn’t even fulfill its intended purpose. Retailers simply kept the cost savings. Thus, the Durbin Act merely reflected a very successful act of lobbying by retailers.

Yet another bad feature of a very bad law.

We also have a story in the Washington Post regarding price controls on brides in China.

The new rule was taped onto doorways around town: Officials were limiting what a groom-to-be could pay for a bride. The going rate was about $38,000, or five times the average annual salary in this village about four hours outside of Beijing. Now, families were told to keep it below $2,900. Anything more and they would risk being accused of human trafficking. The “bride price”…has been part of the marriage pact in most of China for centuries. The costs, though, are swelling as China copes with one of the biggest demographic imbalances in history. …There are an estimated 30 million or so more men then women in China… So officials in Da’anliu and other villages have taken matters into their own hands on one thing they can control: the bride price. …The controls are good if you have a son. Not so good for families with a daughter. Ask Liang, a pear farmer in Da’anliu. He has one daughter. When it comes time for her to marry, “I will ask whatever amount I want,” he said. “It’s not fair otherwise.” …“It’s the market,” he said. “I’m allowed to charge what the market will bear for my pears. Why not my daughter?” …The Da’anliu Communist Party secretary, Liang Huabin, has seen the way families scrimp and save and panic over the bride price. …He was not sure what to do about it until one of his constituents sent him a picture of a bride price limit instituted in another Chinese village. He decided to try something similar. …Wang Feng, a sociologist who studies Chinese demography at the University of California at Irvine, said…families…would find ways around any regulation — even limits on bride price. “It’s trying to cure a symptom, not the root issue,” he said

Yet another bit of evidence that price controls don’t work, even in a market that shouldn’t exist (at the risk of coming across as a chauvinistic westerner, Chinese daughters should be able to make their own marriage choices).

Since I started this column with a video, I’ll recycle a video I first shared nearly 10 years ago.

It shows how removal of price controls triggered the post-war economic miracle in West Germany.

For those who want more information on this topic, the Mises Institute has an online version of Forty Centuries of Wage and Price Controls, authored in 1978 by Robert L. Scheuttinger and Eamonn F. Butler.

These first few sentences from Chapter 1 aptly summarize the lessons from history.

From the earliest times, from the very inception of organized government, rulers and their officials have attempted, with varying degrees of success, to “control” their economies. The notion that there is a “just” or “fair” price for a certain commodity, a price which can and ought to be enforced by government, is apparently coterminous with civilization. For the past forty-six centuries (at least) governments all over the world have tried to fix wages and prices from time to time. When their efforts failed, as they usually did, governments then put the blame on the wickedness and dishonesty of their subjects, rather than upon the ineffectiveness of the official policy. The same tendencies remain today.

Last but not least, here’s a cartoon from the book.

It shows (I think) the former head of the AFL-CIO, George Meany, in the role of Darth Vader and Jimmy Carter as a hapless version of Luke Skywalker.

This was back when wage and price controls were a government-imposed response to government-created inflation (a classic example of Mitchell’s Law).

Nowadays, price controls are primarily a tool for various interest groups to tilt the playing field.

P.S. The late Jeff MacNelly was the Michael Ramirez of the Reagan generation. For example, see these cartoons about government shutdowns, the tax code, and the United Nations.