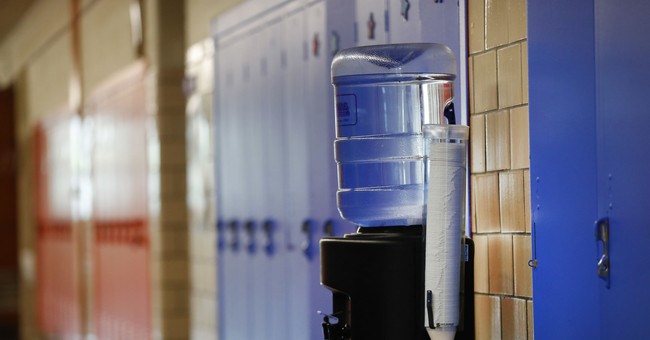 To help me follow policy developments, I get 30-plus daily emails from various news outlets and institutions, and I scroll through these messages to see what I should be reading.

Given my interest in fiscal policy, I’m always on the lookout for articles on tax reform and the burden of government spending.

But since I just wrote about the dismal performance of government schools as part of my series for National Education Week, I obviously noticed this story (highlighted in red) in an email from the New York Times.

My immediate reaction, given the wealth of evidence, was to scoff at the discredited notion that more spending is a key to better educational outcomes.

Anyhow, I clicked on the story and read that supposed experts are puzzled about stagnant academic performance.

The performance of American teenagers in reading and math has been stagnant since 2000, according to the latest results of a rigorous international exam, despite a decades-long effort to raise standards and help students compete with peers across the globe. …The disappointing results from the exam, the Program for International Student Assessment, …follow those from the National Assessment of Educational Progress, an American test that recently showed that two-thirds of children were not proficient readers. …Low-performing students have been the focus of decades of bipartisan education overhaul efforts, costing many billions of dollars, that have resulted in a string of national programs — No Child Left Behind, Race to the Top, the Common Core State Standards, the Every Student Succeeds Act — but uneven results.

By the way, we haven’t had a “decades-long effort to raise standards.”

What we really had is a decades-long effort to appease teacher unions by pouring more money into the existing school monopoly.

That was the real purpose of failed schemes like Bush’s No Child Left Behind (I call it No Bureaucrat Left Behind) and Obama’s Common Core.

I briefly thought how much fun I would have if I was an editor at the New York Times. Then the email summary would have looked like this.

To be fair, I don’t think spending (either a lot or a little) is the issue.

The real problem is the structure of our education system. We have a very inefficient monopoly that has been captured by the teacher unions, which means mediocre results.

Let’s close with some speculation about whether the above story is an example of media bias?

Perhaps, but I think it’s most likely that it’s an an example of the “Butterfield Effect.” As I explained back in 2010, this is a term used to mock journalists for being blind to the real story.

A former reporter for the New York Times, Fox Butterfield, became a bit of a laughingstock in the 1990s for publishing a series of articles addressing the supposed quandary of how crime rates could be falling during periods when prison populations were expanding. A number of critics sarcastically explained that crimes rates were falling because bad guys were behind bars and invented the term “Butterfield Effect” to describe the failure of leftists to put 2 + 2 together.

In other words, the journalist who wrote the aforementioned story may not be biased. Or even a leftist.

But such people inhabit a world where government is universally perceived as a means of solving problems.

P.S. Here are some of my favorite examples of the “Butterfield Effect,” all of which presumably were caused by some combination of media bias and economic ignorance.