Measuring The Impact Of 20 Years Of Socialism 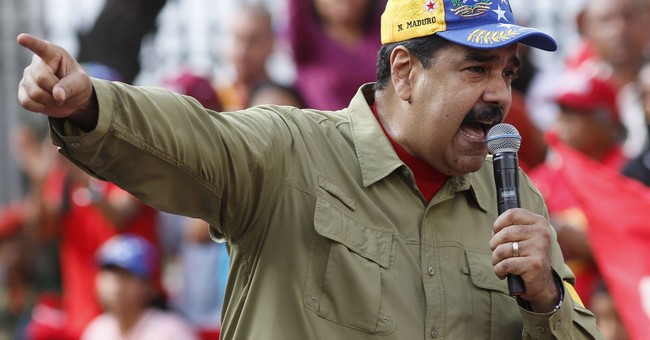 Fifty years ago, Venezuela was ranked #10 for economic liberty and enjoyed the highest living standards in Latin America

Today, the nation is an economic disaster. Hugo Chavez and Nicolas Maduro deserve much of the blame. Their socialist policies have dropped Venezuela to last place according to Economic Freedom of the World.

Predictably, this has resulted in horrific suffering.

And it’s going from bad to worse.

In ways that are unimaginable for those of us living in civilized nations.

For instance, the Associated Press reports that grave-robbing is now a problem in the country.

Even the dead aren’t safe in Maracaibo, a sweltering, suffering city in Venezuela. Thieves have broken into some of the vaults and coffins in El Cuadrado cemetery since late last year, stealing ornaments and sometimes items from corpses as the country sinks to new depths of deprivation. “Starting eight months ago, they even took the gold teeth of the dead,” said José Antonio Ferrer, who is in charge of the cemetery, where a prominent doctor, a university director and other local luminaries are buried. Much of Venezuela is in a state of decay and abandonment, brought on by shortages of things that people need the most: cash, food, water, medicine, power, gasoline. …Many who have the means leave, joining an exodus of more than 4 million Venezuelans who have left the country in recent years. …Some people sift through trash, scavenge for food.

And hyper-inflation is creating a barter economy according to the AP.

…the economy is in such shambles that drivers are now paying for fill-ups with a little food, a candy bar or just a cigarette. Bartering at the pump has taken off as hyperinflation makes Venezuela’s paper currency, the bolivar, hard to find and renders some denominations all but worthless, so that nobody will accept them. Without cash in their wallets, drivers often hand gas station attendants a bag of rice, cooking oil or whatever is within reach. …This barter system…is just another symptom of bedlam in Venezuela. …The International Monetary Fund says inflation is expected to hit a staggering 200,000% this year. Venezuela dropped five zeros from its currency last year in a futile attempt to keep up with inflation. …Venezuela, which sits atop the world’s largest oil reserves, was once rich. But the economy has fallen into ruin because of what critics say has been two decades of corruption and mismanagement under socialist rule.

Mary O’Grady of the Wall Street Journal points out that the poor are being hurt the most.

…the gap in living standards between the haves and the have-nots is wider than ever. It wasn’t supposed to be like this. Economic equality is the socialists’ Holy Grail. People are poor, the logic goes, because the rich have too much. Ergo, all it takes to end poverty is the use of state coercion to distribute economic gains evenly. …Tell that to the Venezuelan poor. Not only have their numbers increased under socialism, but the suffering among the most vulnerable has grown more intense. …Venezuela now experiences recurring blackouts and brownouts… in the “ranchos,”…residents now make “lamps” out of mayonnaise jars, diesel taken from vehicles, and pieces of cloth. One local described it to the reporter as going back to “prehistoric” times. With water, sanitation and other public services, the story is the same. …the have-nots are at Mr. Maduro’s mercy.

College students also are suffering, as reported by the Union Journal.

…5 youngsters had fainted and two of them have been whisked away in an ambulance. The faintings on the major college have turn into a daily prevalence as a result of so many college students come to class with out consuming breakfast, or dinner the evening earlier than. In different faculties, youngsters wish to know if there’s any meals earlier than they resolve whether or not to go in… Venezuela’s devastating six-year financial disaster is hollowing out the varsity system… Starvation is simply one of many many issues chipping away at them now. Thousands and thousands of Venezuelans have fled the nation in recent times, depleting the ranks of scholars and academics alike. …Many colleges are shuttering within the once-wealthy nation as malnourished youngsters and academics who earn nearly nothing abandon lecture rooms to scratch out a residing on the streets or flee overseas. It’s a significant embarrassment for the self-proclaimed Socialist authorities.

In a column for the New York Times, Nicholas Kristof shares some sad observations about the consequences of Venezuelan socialism.

This country is a kleptocracy ruled incompetently by thugs who are turning a prosperous oil-exporting nation into a failed state sliding toward starvation. …Serrano, 21, lives in the impoverished, violent slum of La Dolorita, where I met her. The baby was fading from malnutrition in May, so she frantically sought medical help — but three hospitals turned the baby away, saying there were no beds available, no doctors and no supplies. …Daisha…died at home that night. …President Nicolás Maduro’s brutal socialist government is primarily responsible for the suffering, and there are steps Maduro could take to save children’s lives, if he wanted to. …Venezuela may now be sliding toward collapse and mass starvation, while fragmenting into local control by various armed groups. Outbreaks of malaria, diphtheria and measles are spreading, and infant mortality appears to have doubled since 2008.

By the way, Kristof argues that sanctions imposed by Obama and Trump are making a bad situation worse.

That’s true, but it doesn’t change the fact that Venezuela’s awful government deserves the overwhelming share of the blame.

Let’s measure how the people of Venezuela have suffered. Here are the per-capita GDP numbers since Chavez took power in 1999. There’s volatility in the data, presumably because of changes in oil prices. But the trend is unmistakably negative.

The bottom line is that Venezuela’s living standards have collapsed by about 50 percent since the socialists took over.

That makes Greece seem like an economic powerhouse by comparison.

Let’s close, though, by comparing Venezuela to Latin America’s most market-oriented nation.

As you can see, per-capita economic output in Chile (in blue) has soared while per-capita GDP in Venezuela (in red) has collapsed.

In other words, free markets and small government are the right recipe if the goal is broadly shared prosperity.

P.S. I’ve explained on many occasions that lower-income people in Chile have been the biggest beneficiaries of pro-market reforms.

Yikes: Joe Biden Freaks When Reporters Ask Him if Andrew Cuomo Should Resign
Redstate
Kamala Harris is turning out to be Biden's biggest mistake
Hotair