Which Nations Have The Least Red Tape? 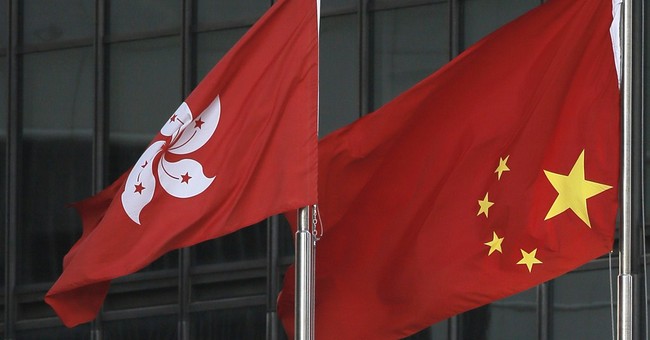 The World Bank has released its annual report on the Ease of Doing Business.

Unsurprisingly, the top spots are dominated by market-oriented jurisdictions, with New Zealand, Singapore, and Hong Kong (at least for now!) winning the gold, silver, and bronze. The United States does reasonably well, finishing in sixth place.

It’s also worth noting that Nordic nations do quite well. Denmark even beats the United States, and Norway and Sweden are both in the top 10.

Georgia gets a very good score, as does Taiwan. And I’m sure Pope Francis will be irked to see that Mauritius ranks highly.

And I’m even more surprised that normally laissez-faire Switzerland is down at #36.

What economic lessons can we learn from the report? First, the authors remind us that less red tape means more prosperity.

By the way, here’s a simple depiction of the World Bank’s methodology.

There are ample opportunities for corruption in economies where excessive red tape and extensive interactions between private sector actors and regulatory agencies are necessary to get things done. The 20 worst-scoring economies on Transparency International’s Corruption Perceptions Index average 8 procedures to start a business and 15 to obtain a building permit. Conversely, the 20 best-performing economies complete the same formalities with 4 and 11 steps, respectively. Moreover, economies that have adopted electronic means of compliance with regulatory requirements—such as obtaining licenses and paying taxes—experience a lower incidence of bribery.

An entrepreneur in a low-income economy typically spends around 50 percent of the country’s per-capita income to launch a company, compared with just 4.2 percent for an entrepreneur in a high-income economy. It takes nearly six times as long on average to start a business in the economies ranked in the bottom 50 as in the top 20. There’s ample room for developing economies to catch up with developed countries on most of the Doing Business indicators. Performance in the area of legal rights, for example, remains weakest among low- and middle-income economies.

Sub-Saharan Africa remains one of the weak-performing regions on the ease of doing business with an average score of 51.8, well below the OECD high-income economy average of 78.4 and the global average of 63.0. …Latin America and the Caribbean also lags in terms of reform implementation and impact. …not a single economy in Latin America and the Caribbean ranks among the top 50 on the ease of doing business.

I’m disappointed, by the way, that Chile is only ranked #59.

Now let’s shift to some very important graphs about the relationship between economic freedom and national prosperity.

We’ll start with a look at the relationship between employment regulation and per-capita income. Not surprisingly, countries that make it hard to hire workers and fire workers have lower levels of prosperity.

Here’s a chart showing the relationship between employment regulation and the underground economy.

The moral of the story is that lots of red tape drives employers and employees to the black market.

Here’s a bit of good news.

Developing nations have reduced the burden of red tape in some areas, in part because Ease of Doing Business puts pressure on governments.

We can see the results in this chart.

I’ll close with a look at the regulatory burden in the United States, which also can be considered good news.

Here’s the annual score for the past five years (a higher number is better).

I’m frequently critical of this White House, but I also believe in giving credit when it’s deserved. The bottom line is that Trump’s policies have been a net plus for businesses.

In other words, lower tax rates and less red tape have more than offset the pain of protectionism.