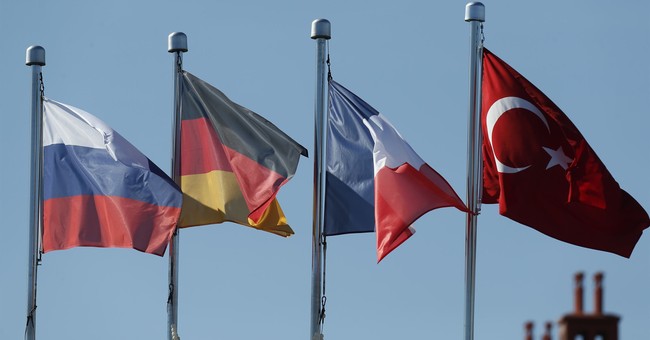 In some cases, politicians actually understand the economics of tax policy.

It’s quite common, for instance, to hear them urging higher taxes on tobacco because they want to discourage smoking.

I don’t think it’s their job to tell people how to live their lives, but I agree with their economic analysis. The more you tax something, the less you get of it.

One of my many frustrations is that those politicians then conveniently forget that lesson when it comes to taxing things that are good, such as work, saving, production, and investment.

And some countries are more punitive than others. There’s some new research from the European Policy Information Center, Timbro, and the Tax Foundation, that estimates the “effective marginal tax rate” for successful taxpayers for 41 major countries.

And they don’t simply look at the top income tax rates. They quite properly include other taxes that contribute to “deadweight loss” by driving a wedge between pre-tax income and post-tax consumption.

The political discussion around taxing high-earners usually revolves around the income tax, but in order to get a complete picture of the tax burden high-income earners face, it is important to consider effective marginal tax rates. The effective marginal tax rate answers the question, “If a worker gets a raise such that the total cost to the employer increases by one dollar, how much of that is appropriated by the government in the form of income tax, social security contributions, and consumption taxes?” …all taxes that affect the return to work should be taken into account. …Combining data mainly from international accounting firms, the OECD, and the European Commission, we are able to calculate marginal tax rates in the 41 members of the OECD and/or EU.

The main message of this research is that you don’t want to live in Sweden, where you only keep 24 percent of any additional income you produce.

Congratulations to Bulgaria for being the anti-class warfare nation. That’s a smart strategy for a nation trying to recover from decades of communist deprivation.

American readers will be happy to see that the United States looks reasonably good, though New Zealand is the best of the rich nations, followed by Switzerland.

Speaking of which, we need a caveat for nations with federalist systems, such as the U.S., Switzerland, and Canada. In these cases, the top income tax rate is calculated by adding the central government’s top rate with the average top rate for sub-national governments.

So successful entrepreneurs in those countries actually have the ability to reduce their tax burdens if they make wise decisions on where to live (such as Texas or Florida in the case of the United States).

Let’s now shift to some economic analysis. The report makes (what should be) an obvious point that high tax rates have negative economic effects.

Countries should be cautious about placing excessive tax burdens on high-income earners, for several reasons. In the short run, high marginal tax rates induce tax avoidance and tax evasion, and can cause high-income earners to reduce their work effort or hours.

I would add another adverse consequence. Successful taxpayers can move.

That’s especially true in Europe, where cross-border tax migration is much easier than it is in the United States.

But even though there are odious exit taxes for people leaving the United States, we’ll see an exodus if we wind up with some of the crazy tax policies being advocated by Bernie Sanders and Elizabeth Warren.

P.S. Today’s column looks at how nations rank based on the taxation of labor income. For taxation of capital income, the rankings look quite different. For instance, because of pervasive double taxation, the United States gets poor scores for over-taxing dividends, capital gains, and businesses.

P.P.S. If you want to see tax rates on middle-income workers (though it omits value-added taxes), here is some OECD data.