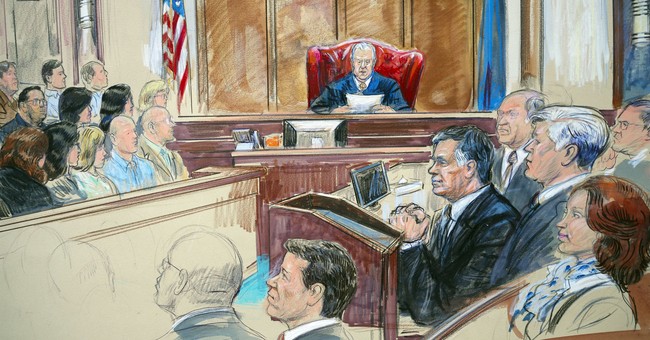 I wrote a three-part series (here, here, and here) about “jury nullification,” which is the notion that jurors can declare defendants not guilty if they think the underlying law is unjust or immoral.

We have an example of this happening in New Orleans, though it occurred even before a trial.

All New Orleans prosecutors had to do was convince six people that a waiter at a famed French Quarter restaurant was guilty of a felony marijuana charge. But as it turned out, there weren’t enough people willing to consider that possibility on Tuesday. Potential jurors who said they don’t think marijuana should be illegal helped scotch the planned trial of Antoine’s server Jabar Kensey before he could face the music. …Call it a sign of the times. Ad hoc Criminal District Court Judge Dennis Waldron halted the selection process after 20 of 25 potential jurors were dropped and no more jurors remained in the day’s pool. …The right of jurors to voice their objections to criminal laws stretches back centuries, according to Texas defense attorney Clay Conrad. He said the courts have upheld the power of jurors to “nullify” charges with acquittals, despite overwhelming evidence of a defendant’s guilt, if they object to the underlying law.

It’s also been happening in Georgia, as J.D. Tuccille explains for Reason.

On July 12, a jury in Laurens County, Georgia, found Bernard’s client, Javonnie Mondrea McCoy, “not guilty” of the manufacture of marijuana and of possession of drug-related objects, despite his open admission that he had, in fact, grown the much-demonized plant. That follows on a similar victory last year in the case of Antonio Willis, who was lured into selling the equivalent of a few joints by an undercover cop. In both cases, Bernard emphasized the humanity of the defendants, of their roles as fallible, but decent people who didn’t deserve to be ground up by the wheels of the penal system. …”Hey, what’s going on here?” she wants jurors to ask themselves. “Does it reflect my values?” What Bernard doesn’t do is explicitly ask jurors to “nullify” the laws under which her clients are charged. …Instead, she emphasizes the role of the juror, which she describes as a “powerful and awesome position.” She insists that the very idea of jurors implicitly contains the idea of nullification, and she tries to help them realize how empowered they are.

In a column for the Foundation for Economic Education, Brittany Hunter cites the same heroic Georgia lawyer and examines some broader implications.

Jury Nullification has deep roots in our American legal system and allows jurors to “nullify” a law if they believe it to be unjust. While it is protected under the United States Constitution, it is also explicitly protected under Georgia law as well. Under Article 1, Section 1, Paragraph XI of the Georgia State Constitution, it reads, “the jury shall be the judges of the law and the facts.” …At the heart of jury nullification rests the belief that individuals and their unique circumstances should be taken into account before one is sentenced under an arbitrary or unjust law. And given the state of our criminal justice system, this right is absolutely important. …jury nullification would go on to be used in several important cases in American history. It was used when jurors refused to convict those charged with violating the Fugitive Slave Act and it was also responsible for bringing justice to Vietnam War protesters in the case of United States v. Moylan. Jury nullification was also largely responsible for ending alcohol prohibition.

To conclude, Kirsten Tynan of the Fully Informed Jury Association opines on the issue and highlights America’s long tradition of liberty-minded jurors.

Each year on September 5, we celebrate Jury Rights Day as our signature day of education. Jury Rights Day commemorates the 1670 trial of William Penn, which helped lay a solid foundation for jurors’ right of conscience acquittal by jury nullification. We also celebrate Constitution Day on September 17. …Though conscientious acquittal has roots in civil liberties such as freedoms of religion, speech, and association, did you know that it is also closely tied, in the history of the United States, to economic liberty? …British colonists in America did not simply grumble and then capitulate by paying their taxes. Often they actively resisted by breaking laws in order to evade taxes. It was difficult for the Crown to secure convictions when resisters were judged by juries composed of their sympathetic and similarly oppressed neighbors—many willing to vote not guilty despite the law having been broken.

In an ideal world, of course, we wouldn’t need rogue jurors.

There would be very few laws, and they would be designed to protect life, liberty, and property. And cops and prosecutors would all be fair and honest.

Needless to say, we don’t live in that world.

And since I doubt that ideal scenario will ever materialize, I’m glad many Americans still have a rebellious streak.

So the next time you get called for jury duty, you know what to do if the government is persecuting someone for owning a gun, doing drugs, selling sex, gambling, or anything else that doesn’t involve an actual victim.

If all of us stop convicting people for victimless crimes, maybe politicians will jettison bad laws (yes, I’m fantasizing, but let me enjoy the moment).