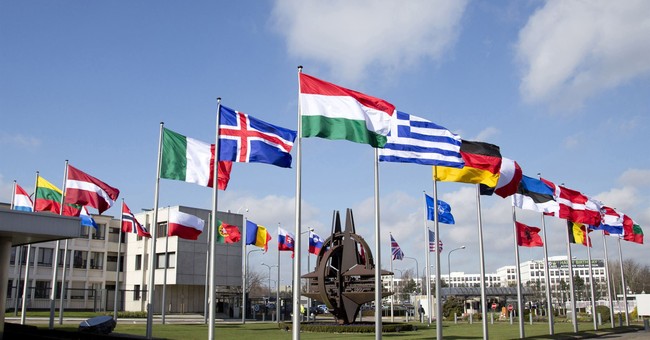 The Tax Foundation churns out lots of good information, but I especially look forward to their International Tax Competitiveness Index.

It shows how nations rank based on key tax variables such as corporate taxation, personal income tax, and international tax rules.

The latest edition shows good news and bad news for the United States. The good news, as you see in this chart, is that the 2017 tax reform improved America’s ranking from 28 to 21.

The bad news is that the United States is still in the bottom half of industrialized nations.

We should copy Estonia, which has been in first place for six consecutive years.

For the sixth year in a row, Estonia has the best tax code in the OECD. Its top score is driven by four positive features of its tax code. First, it has a 20 percent tax rate on corporate income that is only applied to distributed profits. Second, it has a flat 20 percent tax on individual income that does not apply to personal dividend income. Third, its property tax applies only to the value of land, rather than to the value of real property or capital. Finally, it has a territorial tax system that exempts 100 percent of foreign profits earned by domestic corporations from domestic taxation, with few restrictions. …For the sixth year in a row, France has the least competitive tax system in the OECD. It has one of the highest corporate income tax rates in the OECD (34.4 percent), high property taxes, a net tax on real estate wealth, a financial transaction tax, and an estate tax. France also has high, progressive, individual income taxes that apply to both dividend and capital gains income.

Here are some other important observations from the report, including mostly positive news on wealth taxation as well as more information on France’s fiscal decay.

…some countries like the United States and Belgium have reduced their corporate income tax rates by several percentage points, others, like Korea and Portugal, have increased them. Corporate tax base improvements have been put in place in the United States, United Kingdom, and Canada, while tax bases were made less competitive in Chile and Korea. Several EU countries have recently adopted international tax regulations like Controlled Foreign Corporation rules that can have negative economic impacts. Additionally, while many countries have removed their net wealth taxes in recent decades, Belgium recently adopted a new tax on net wealth. …Over the last few decades, France has introduced several reforms that have significantly increased marginal tax rates on work, saving, and investment.

For those who like data, here are the complete rankings, which also show how countries score in the various component variables.

Notice that the United States (highlighted in red) gets very bad scores for property taxation and international tax rules. But that bad news is somewhat offset by getting a very good score on consumption taxation (let’s hope politicians never achieve their dream of imposing a value-added tax!).

And it’s no big surprise to see countries like New Zealand and Switzerland get high scores.

P.S. My only complaint about the International Tax Competitiveness Index is that I would like it to include even more information. There presumably would be challenges in finding apples-to-apples comparative data, but I’d be curious to find out whether Hong Kong and Singapore would beat out Estonia. And would zero-tax jurisdictions such as Monaco and the Cayman Islands get the highest scores of all? Also, what would happen if a variable on the aggregate tax burden was added to the equation? I’m guessing some nations such as Sweden and the Netherlands might fall, while other countries such as Chile and Poland (and probably the U.S.) would climb.