Yes To Globalization, No To Global Governance 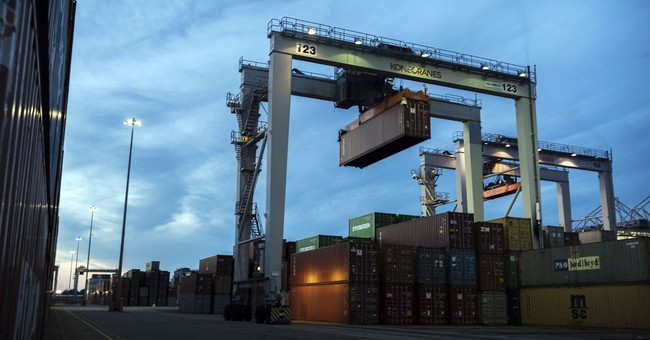 I’m a big fan of globalization, so does that make me a globalist?

That depends on what is meant by that term. If it means free trade and peaceful interaction with other nations, the answer is yes.

But if it means global governance by anti-market bureaucracies such as the United Nations, International Monetary Fund, and Organization for Economic Cooperation and Development, the answer is a resounding no.

So I have mixed feelings about this video from Dalibor Rohac of the American Enterprise Institute.

I can’t resist nit-picking on some of his points.

While I have disagreements with Dalibor, that definitely doesn’t put me in the same camp as Donald Trump.

The President is an incoherent mix. He combines odious protectionism with mostly-empty rhetoric about globalism. And he does all that without understanding issues – and, in some cases, his actions are contrary to his rhetoric.

Dan Henninger wrote about these issues two days ago for the Wall Street Journal.

He wisely warns that failures by national governments (most notably unaffordable welfare states and incompetent administrative states) are creating openings for unpalatable alternatives.

President Trump at the United Nations this week elaborated on his long-running antagonism toward globalism. …There is merit to these concerns, but I think the critics of “globalism,” including most prominently Mr. Trump, underestimate the near-term danger of the serious difficulties appearing today in national democratic governance. Democracies maintain their legitimacy in the public’s eye only if they demonstrate a reasonable capacity to address society’s inevitably complex challenges. …it’s clear that many of the 21st century’s independent nations are having a remarkably difficult time executing their sovereign responsibilities. …Mr. Trump’s concerns about undemocratic governance by remote international bureaucracies are plausible, but the greater threat is more imminent. If the expansion of an increasingly dysfunctional administrative state inside the world’s sovereign democracies is inexorable and unreformable, the future will belong to China’s brand of administrative authoritarianism. …Elizabeth Warren and her multiple plans—heavily dependent on criminal prosecutions and intense oversight—is flirting with a milder version of this future.

Henninger is certainly correct that nations mostly get in trouble because of their own mistakes.

For instance, I’ve pointed out that the fiscal crisis in Europe should not be blamed on the euro.

That being said, global governance often creates moral hazard, which tends to exacerbate and encourage bad policy by national governments.

Let’s now look at an interesting column that John Bolton (Trump’s former National Security Advisor) wrote on global governance for the U.K.-based Times back in 2016. Here are some of the key passages.

He makes the should-be-obvious point that not all international bureaucracies are alike.

…international organisations sometimes act as if they are governments rather than associations of governments and sprout bureaucracies with pretensions beyond those of cosseted elites in national capitals. …International bodies take many different forms, and it serves no analytical purpose to treat them interchangeably. Nato, for example, is not equivalent to the United Nations. Neither is equivalent to the European Union. Each has different objectives, and different implications for constitutional and democratic sovereignty. …Nato is America’s kind of international partnership: a classic politico-military alliance of nation states. It has never purported to assume sovereign functions, and is as distant as is imaginable from the EU paradigm.

He explains that some of them – most notably the IMF – are counterproductive and should be shut down.

Proposals to reform the UN and its affiliated bodies such as the World Bank and the IMF are almost endless. The real question is whether serious, sweeping reform of these organisations…is ever possible. …In 1998, during the Asian financial crisis, the former secretaries of the Treasury William Simon and George Shultz, and Walter Wriston, a former chairman of Citibank, wrote in The Wall Street Journal: “The IMF is ineffective, unnecessary, and obsolete. We do not need another IMF, as Mr. [George] Soros recommends. Once the Asian crisis is over, we should abolish the one we have.” …We should consider privatising all the development banks… We should ask why US taxpayers are compelled to provide subsidised interest rates for loans by international development banks.

He also opines about Brexit.

…the Brexit referendum was, above all else, a reassertion of British sovereignty, a declaration of independence from would-be rulers who, while geographically close, were remote from the peasantry they sought to rule. …The Brexit decision was deplored by British and American elites alike… It does not surprise Americans that British elites have not reconciled themselves to losing… London and Washington can fashion a new economic relationship, perhaps involving Canada, with the potential for significant economic growth. Let the EU wallow in strangling economic regulation, and the euro albatross that Britain wisely never joined.

He’s right, especially the final sentence of that excerpt.

The good kind involves trade, peaceful interaction, and jurisdictional competition, all of which are consistent with sovereignty.

The bad kind of globalism involves international bureaucracies acting as supranational governments – almost always (as Nobel laureate Edward Prescott observed) with the goal of enabling and facilitating a larger burden of government.