Depressing Research About The Growing Prevalence Of Cronyism In U.S. 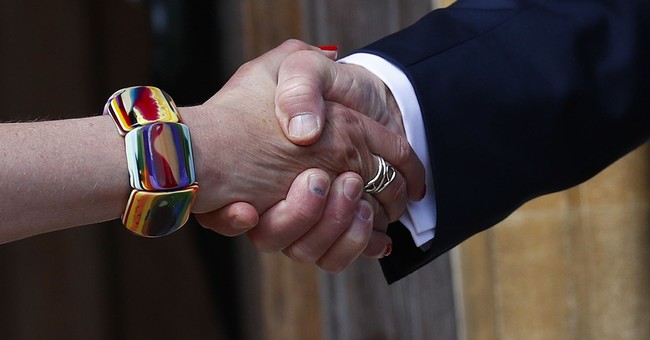 The great French economist from the 1800s, Frederic Bastiat, famously explained that good economists are aware that government policies have indirect effects (the “unseen”).

Bad economists, by contrast, only consider direct effects (the “seen”).

Let’s look at the debate over stadium subsidies. Tim Carney of the American Enterprise Institute narrates a video showing how the “unseen” costs of government favoritism are greater than the “seen” benefits.

Unfortunately, stadium subsidies are just the tip of the cronyism iceberg.

In a column for the Dallas Morning News, Dean Stansel of Southern Methodist University discussed some of his research on the topic.

While state and local economic development incentives may seem to help the local economy, the offsetting costs are usually ignored, so the overall effect is unclear. Furthermore, from the perspective of the nation as a whole, these policies are clearly a net loss. …In a new research paper, my colleague, Meg Tuszynski, and I examined whether there is any relationship between economic development incentive programs and five measures of entrepreneurial activity. Like the previous literature in this area, we found virtually no evidence of a positive relationship. In fact, we found a negative relationship with patent activity, a key measure of new innovation. …A recent study by the Mercatus Center found that 12 states could reduce their corporate income tax by more than 20 percent if incentive programs were eliminated. That includes a 24 percent cut in Texas’ business franchise tax. In six states, it could either be completely eliminated or reduced by more than 90 percent. These are big savings that would provide substantial tax relief to all businesses, both big and small, not just those with political influence. …That would provide a more level playing field in which all businesses can thrive.

And here’s a Wall Street Journal editorial from earlier the year.

Amazon left New York at the altar, turning down a dowry of $3 billion in subsidies. Foxconn’s promised new factory in Wisconsin, enticed with $4 billion in incentives, has fallen into doubt. …Now add General Electric , which announced…it will renege on its plan to build a glassy, 12-story headquarters on Boston’s waterfront. …The company reportedly…pledged to bring 800 jobs to Boston. In exchange, the city and state offered $145 million in incentives, including tax breaks and infrastructure funds. GE’s boss at the time, Jeff Immelt, said not to worry: For every public dollar spent, “you will get back one thousand fold, take my word for it.” …two CEOs later, a beleaguered GE won’t be building that fancy tower at all. There won’t even be 800 jobs. …GE will lease back enough space in two existing brick buildings for 250 employees. …what a failure of corporate welfare.

Let’s wrap this up with a look at some additional scholarly research.

Economists for the World Bank investigated government favoritism in Egypt and found that cronyism rewards politically connected companies at the expense of the overall economy.

This paper presents new evidence that cronyism reduces long-term economic growth by discouraging firms’ innovation activities. …The analysis finds that the probability that firms invest in products new to the firm increases from under 1 percent for politically connected firms to over 7 percent for unconnected firms. The results are robust across different innovation measures. Despite innovating less, politically connected firms are more capital intensive, as they face lower marginal cost of capital due to the generous policy privileges they receive, including exclusive access to input subsidies, public procurement contracts, favorable exchange rates, and financing from politically connected banks. …The findings suggest that connected firms out-rival their competitors by lobbying for privileges instead of innovating. In the aggregate, these policy privileges reduce…long-term growth potential by diverting resources away from innovation to the inefficient capital accumulation of a few large, connected firms.

For economics wonks, here’s Table 2 from the study, showing how subsidies are associated with less innovation.

The World Bank also found awful results because of cronyism in Ukraine.

But this isn’t a problem only in developing nations.

There’s some depressing research about the growing prevalence of cronyism in the United States (ethanol handouts, the Export-Import Bank, protectionism, tax favoritism, bailouts, subsidies, and green energy are just a few examples of how the friends of politicians get unearned wealth).

Cronyism is bad under Democrats and it’s bad under Republicans. Time for separation of business and state!