Failure To Raise The Debt Ceiling Could Have Very Negative Consequences 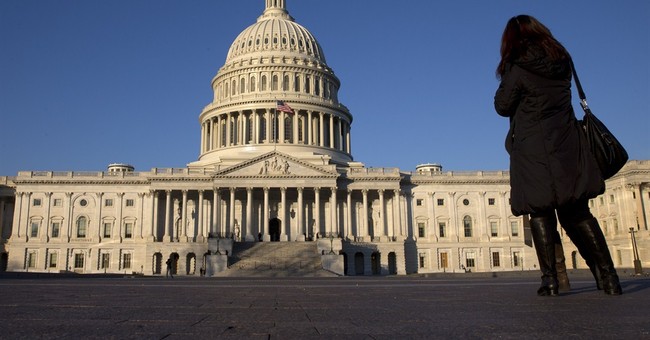 One of the few theoretical constraints on Washington is that politicians periodically have to raise a “debt ceiling” or “debt limit” in order to finance additional spending with additional red ink.

I have mixed feelings about this requirement. I like that there is some limit on spending, even if it’s only a potential restraint.

On the other hand, fights over the debt limit are mostly just opportunities for Republicans and Democrats to engage in posturing and finger pointing rather than adopt positive reforms.

Catherine Rampell of the Washington Post looks at the current fight and opines that we shouldn’t even have a debt limit.

The government is about to run out of money because of an arbitrary cap on how much it can borrow… Lawmakers and the White House are haggling over  the conditions under which they will, once again, temporarily raise that cap, known as the debt ceiling. But the better solution would be to abolish it entirely… Most recently, the government hit the official debt limit on March 1 . Since then, the Treasury Department has engaged in “extraordinary measures” to shift money around and continue paying its bills… Initially Treasury predicted that its extraordinary measures would get us to October, but more recent forecasts suggest we will hit the wall as soon as early September. Which means the drop-dead deadline before we become global deadbeats could happen while Congress is away on summer vacation.

She worries that a failure to raise the debt ceiling could have very negative consequences.

So what happens if we default on our debt obligations? Well, for one, it would violate the Constitution, which says the “validity of the public debt of the United States .?.?. shall not be questioned.” No small thing. …U.S. debt instruments are currently considered the safest of safe assets because creditors believe they’ll be paid back on time and in full. …Calling our creditworthiness into question could therefore set off a chain reaction of global financial panic.

Defaulting on the debt (i.e., not paying bondholders what they’ve been contractually promised) would be very damaging to financial markets.

In reality, however, what we’re really talking about is potentially a delay in making promised payments. Which would be harmful, though presumably not nearly as bad as long-run default.

And even a delay in payments might not happen if the Treasury Department made sure that tax revenue was set aside to make all promised payments to bondholders.

Though Ms. Rampell doesn’t like this idea, which is sometimes called “prioritization.”

Some right-wingers…have in the past suggested  that defaulting is no big deal, perhaps even desirable. They (mistakenly) think that a debt default would allow those in charge to unilaterally decide which bills deserve payment and which don’t, bypassing the democratic budget process.

I’m not sure why she says prioritization is a “mistaken” view.

I testified to Congress about this issue in 2013 and in 2016. If the debt limit isn’t raised, meaning no ability to issue new debt, that would be the same as an overnight balanced budget requirement (i.e., spending could only equal current tax revenue).

If that happened and Treasury made sure to prioritize interest payments (to avoid the potentially bad results Ms. Rampell and others warn about), who would have the power to stop that from happening?

I’m guessing lawsuits would be filed, but I can’t imagine a judge would issue an injunction to require a default.

Let’s dig deeper into this issue. Back in 2017, when a similar fight occurred, Heather Long of the Washington Post identified five reasons to worry.

Unless Trump and Congress pass a law raising the U.S. debt limit — a legal cap on how much the U.S. government is allowed to borrow — the Treasury Department will soon run out of money to pay its bills, triggering a first-in-modern-U.S.-history default that threatens to turn the world economy on its head. …The danger…is that at some point someone will miscalculate and the government will actually hit the debt limit, sparking a default, intentional or otherwise. Here are five reasons that would cause global panic.

How persuasive are these reasons?

First, it would trigger a wild ride for stocks and bonds. Wall Street doesn’t like bad surprises. …There would probably be an immediate, negative reaction in the markets.

If there’s an actual default, that would be horrible news.

If there’s a temporary default, that also would be bad news, though presumably far less catastrophic than a permanent default (though some will fan the flames of hysteria).

Second, America’s cheap funding source would end. …As soon as the United States actually defaults, investors would start suing the country, and they would almost certainly insist on much higher interest rates in the future.

Interest rates surely would climb because of the perception of added risk for investors.

Though I wonder by how much. I think Italy is heading toward a fiscal/financial crisis, yet investors are buying up plenty of that government’s debt at very low interest rates.

Third, real people won’t get paid. …The Trump administration would have to either stop payments to everyone or they would have to pick who gets paid and who does not. That means deciding between bondholders, Social Security recipients, welfare recipients, …etc.

For what it’s worth, I’m guessing bondholders and Social Security recipients would be at the front of the line.

Fourth, America’s global power would decline. …The U.S. dollar is the world’s reserve currency. People carry dollars and hold U.S. bonds all over the world because they believe America is their best and safest bet. A default would probably cause the value of the dollar to drop and global investors to shift some money out of U.S. assets.

This is an interesting claim.

The U.S. dollar is the world’s reserve currency.

Does drama over the debt limit, or even a temporary default, lead investors to shift, en masse, to another currency?

Perhaps, though I don’t see an alternative. The euro is compromised because the European Central Bank surrendered its independence by engaging in indirect bailouts of some of Europe’s decrepit welfare states.

The Chinese financial system is too debt ridden and too opaque to give investors confidence in that nation’s currency. And other nations are simply too small.

Fifth, a recession is possible. …hitting the debt limit could cause a sharp drop in markets and sentiment around the world as everyone worries that if the United States defaults, who’s next? Investors might start panicking and ditching bonds of other countries in Europe and Asia, too.

These are all reasonable concerns.

It all depends, of course, whether there’s a temporary default and how long it lasts.

And since we may be in the midst of a debt bubble fueled by easy money, any triggering event could lead to very bad outcomes.

Which is why it would make sense for lawmakers to embrace prioritization. There has been legislation to make that happen.

For what it’s worth, it should be quite feasible to prioritize.

Here’s the latest 10-year forecast from the Congressional Budget Office. As you can see from the parts I’ve circled, the government is projected to collect far more revenue than would be needed to fulfill obligations to bondholders.

To be sure, prioritization means that some recipients of federal largesse would have to wait in line. This would be unseemly and unwelcome, but it already happens in profligate states such as Illinois without causing any economic or fiscal disarray.

Who knows, maybe politicians would even decide that it’s time to jettison some federal programs. But since I understand “public choice,” I won’t be holding my breath awaiting that outcome.

The first, which I’ve already discussed, is that a failure to increase the debt limit should not result in default. Unless, of course, the Treasury Department wants that to happen. But that’s inconceivable, which is why I fully expect prioritization if we ever get to that point.

The second is that debt limit fights are messy and counterproductive, but I don’t want it abolished since there’s a chance that one of these battles eventually may force politicians to deal with our fiscal mess – thus saving the country from a future Greek-style economic and fiscal meltdown.