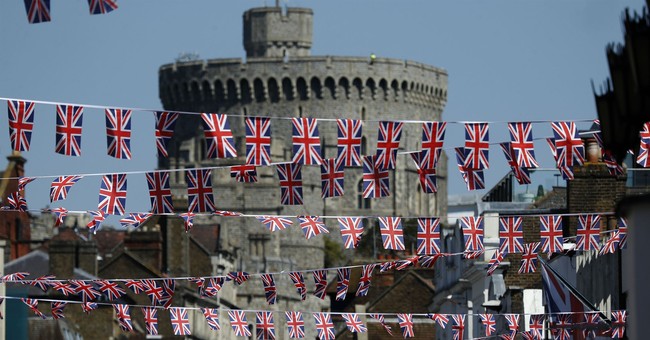 I wrote yesterday about the leadership race for the Conservative Party in the United Kingdom.

The most important goal is to find a leader who will deliver a “clean Brexit,” but I also pointed out that it would be very desirable to select a Prime Minister who will support much-needed supply-side reforms to make the U.K. more attractive for jobs and investment.

Today, let’s turn our attention to the spending side of the fiscal ledger.

The accompanying table of data (from page 65 of HM Treasury’s Statistical Analyses of Public Expenditure) shows annual spending in nominal and inflation-adjusted terms, as well as the burden of spending as a share of economic output.

If you look at trends, you’ll notice a bit of progress in the 1980s under Margaret Thatcher and then some backsliding last decade when Tony Blair and Gordon Brown were in charge.

But the most surprising results can be found this decade.

Starting in 2011, there’s been some impressive spending restraint. Nominal outlays have increased by an average of 1.7 percent annually.

And since the private sector has grown at a faster pace, that means the overall burden of government spending – measured as a share of gross domestic product – has declined.

I’ve never thought of David Cameron (Prime Minister from 2010-2016) or Theresa May (Prime Minister since 2016) as fiscal conservatives, but they deserve credit for keeping spending under control.

(Too bad we can’t say the same thing about Donald Trump!)

In any event, the new leader of the Conservative Party should maintain this approach. Or, better yet, go one step further by institutionalizing some sort of Swiss-style spending cap.

There’s also a lesson for the rest of us.

What’s happened in the United Kingdom is additional confirmation that my Golden Rule is the right approach to fiscal policy.

We even had such an experience in the United States (back when Republicans pretended to care about spending).

Let’s close with this chart, based on IMF data, showing what’s happened this decade in the United Kingdom.

P.S. Unsurprisingly, Paul Krugman got everything backwards when he examined U.K. fiscal policy earlier this decade.

P.P.S. While they did a surprisingly good job on spending restraint, that doesn’t change the fact that Cameron was bad on tax policy and May was a failure on Brexit.

NY Times tech journalist complains about online attack, omits that the comment was a paraphrase of her own words
Hotair
Kanye West Announces Run for President in 2020
Redstate