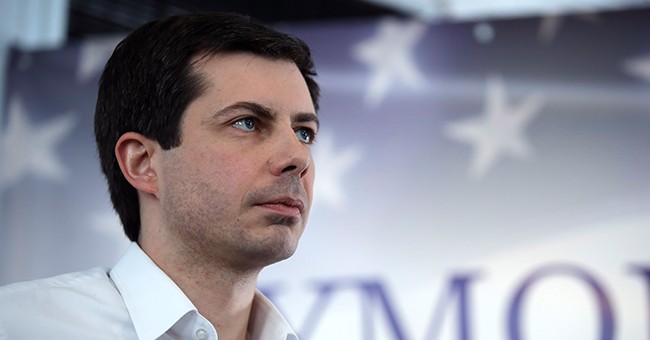 With two dozens candidates in the race, it’s not feasible to review the fiscal and economic plans of every potential nominee for the Democratic Party.

But that doesn’t mean I’ll be silent. I’ve written several times about Crazy Bernie’s agenda, and I’ve recently opined about shortcomings in the plans of Kamala Harris and Elizabeth Warren (I haven’t written about Joe Biden’s agenda since he presumably represents a restoration of Obama’s knee-jerk statism).

Today let’s turn our attention to Pete Buttigieg. Known as Mayor Pete, he positions himself as a pragmatic millennial.

Notwithstanding his moderate demeanor, though, he’s been very aggressive about proposing higher taxes. And, as revealed in this report from Fox, that includes promoting new taxes as part of his unconventional campaign.

On fiscal policy, Buttigieg pushed for four distinct tax hikes when asked about the deficit, saying he favored a “fairer, which means higher” marginal income tax, a “reasonable” wealth tax “or something like that,” a financial transactions tax, and closing “corporate tax loopholes.” …Buttigieg indicated that the long odds didn’t faze him. “There’s a lot of us running for president on the Democratic side, but I think it’s safe to say I’m not like the others,” Buttigieg told Wallace, noting that seeking the presidency is inherently “audacious” — especially given that he would be the youngest person to ever become president. “I would say being a mayor in a city of any size in America right now is about as relevant as it gets,” Buttigieg added.

I agree. Mayor Pete is audacious.

But not because he’s running for President with so little experience. Instead, he’s audacious because his tax agenda is so troubling.

I don’t like that he wants to increase the tax burden. Especially since it’s easy to fix budget problems with some modest spending restraint.

I also don’t like that he wants higher marginal tax rates on households and businesses. Because of exponentially increasing deadweight losses, that’s one of the most economically destructive ways of extracting revenue from the economy’s productive sector.

And I’m most worried about his advocacy of two new sources of taxation. Both proposals would do considerable damage. A financial transactions tax would wreak havoc with financial markets. And a wealth tax would dramatically reduce incentives to save and invest since it’s an explicit form of double taxation.

By the way, Mayor Pete probably supports a national energy tax. At least that’s a logical conclusion given his views on global warming. So we should add that levy to the list as well.

P.S. The only good news is that Buttigieg hasn’t (yet) embraced a value-added tax.