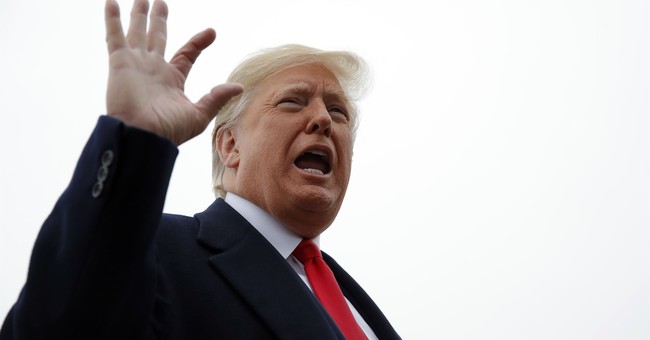 Back in 2015, when Trump was a long-shot candidate for the Republican nomination, I criticized him for not signing the no-tax-hike pledge.

But he then pushed through a better-than-expected tax plan after getting the White House. And that package reduces the tax burden (at least for the first nine years).

So is it time for me to retract my 2015 criticism?

Look at this horrifying tweet that Trump issued yesterday. The President is actually claiming that the economy is doing well because of higher tax payments.

For 10 months, China has been paying Tariffs to the USA of 25% on 50 Billion Dollars of High Tech, and 10% on 200 Billion Dollars of other goods. These payments are partially responsible for our great economic results. The 10% will go up to 25% on Friday. 325 Billions Dollars....

Normally, only hard-left politicians and international bureaucracies have the gall to claim that you can strengthen an economy by having governments collect more money.

He also shows that he doesn’t understand trade policy, either from a technical perspective or an economic perspective.

For instance, the tariffs (i.e., trade taxes) technically are paid by those making the purchases (i.e., importers), not by the sellers (i.e., Chinese companies).

But just as the corporate income tax is really a tax on people (either as workers, consumers, or shareholders), the burden of trade taxes also falls on people.

In other words, American consumers are paying for Trump’s tariffs.

At the risk of understatement, the United States doesn’t “lose” $500 billion by trading with China.

And many Chinese use the dollars they earn to invest in the U.S. economy, another set of win-win transactions.

The net result of all these voluntary transactions is that America has a trade deficit, which is a meaningless figure. Basically the flip side of having a capital surplus.

The bottom line is that Trump should stick to tax policy and regulatory policy, since those are areas where his policies have been beneficial.

P.S. If Trump was focused on Chinese technology theft or Chinese industrial subsidies, I would be at least partly sympathetic. Especially if he utilized the World Trade Organization and included our allies. But he’s mostly attacking China because he doesn’t like the voluntary decisions of American and Chinese consumers and businesses.