Politicians Are Hindering The Flow Of Money Between Countries 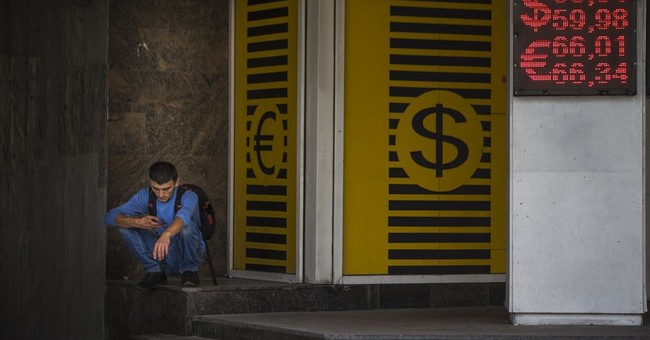 When I write about the benefits of trade, I periodically point out that America has a trade deficit because it has a foreign investment surplus.

And since investment is a key driver of economic growth and rising wages, that’s a good outcome.

It basically means that foreigners who earn dollars by exporting to America are helping to finance America’s future prosperity by then plowing that money back into our financial markets (see this video for more details).

The bad news is that politicians are making cross-border investment more difficult.

A new report from the Center for Freedom and Prosperity, authored by Bruce Zagaris, explains this unfortunate development. He starts by explaining some of the bad policies imposed by Washington.

The ever-growing complexity and reach of the U.S. tax system impinges on the ability of U.S. taxpayers to live abroad, work abroad, open bank accounts abroad, or conduct business abroad. …These developments create a challenging environment, with taxpayers being subject to onerous – and sometimes conflicting – requirements. The complex array of obligations put taxpayers in legal jeopardy as governments threaten to impose sanctions on investors and businesses… The U.S. has even proactively prosecuted individuals and companies for cross-border tax activities that do not violate American laws. …The paperwork and reporting requirements for cross-border economic activity are extensive. …The icing on the cake of intrusiveness and costly compliance is the Foreign Account Tax Compliance Act.

And bad policy from the U.S. has given other nations an excuse to adopt similar bad rules – aided and abetted by statist international bureaucracies such as the European Commission and Organization for Economic Cooperation and Development.

The difficulties caused by extraterritorial taxation are exacerbated by similar moves by other nations, often implemented as a response to aggressive policies by the United States. … the OECD has developed compliance and enforcement initiatives. …extraterritorial tax rules also are impinging on corporations. …The EU has taken a series of aggressive steps to impose tax on cross-border transactions. …Overly aggressive tax compliance and enforcement initiatives erode globalization, impede the ability of normal commerce and the movement of people, capital, and goods, and threaten privacy.

I especially like Bruce’s conclusion. All of the rules that stifle and hinder cross-border investment only exist because politicians have adopted bad tax laws.

Most of the policies reviewed above are only necessary because governments not only tax income, but also impose extra layers of tax on income that is saved an invested, exacerbated by decisions to impose such tax laws on income earned outside national borders. In a neutral, territorial tax system that taxes economic activity only one time, such as the Hall-Rabushka flat tax, almost all international tax conflicts disappear.

Amen. If we had a flat tax, there would be no case to be made for these bad policies.

Writing for the Washington Times, Richard Rahn of the Institute for Global Economic Growth cites this new study as he warns that an ever-expanding web of global tax rules is throwing sand in the gears of the global economy.

Global economic growth, particularly foreign investment, is slowing. One reason is likely the growing complexity of engaging in cross-border financial transactions. Major companies, banks and other financial institutions have been required to pay, in some cases, multi-billion-dollar fines to various governments for some alleged tax or other violation. The question is: Why is this occurring when virtually all of these institutions have compliance officers, tax lawyers, accountants, auditors, etc.? Much of the problem seems to stem from the ever-changing regulations and laws among countries, which are increasingly impossible to understand and comply with, even by the most sophisticated businesses. …The Center for Freedom and Prosperity Foundation has just published an important paper by the highly regarded international tax lawyer Bruce Zagaris, titled “Why the U.S. and the Worldwide Tax Systems Have Run Amok.” …Overly complex and even incomprehensible rules govern many international wealth and business transfers, as well as very onerous reporting requirements for people that have foreign interests. …In his paper, Mr. Zagaris details the problems caused by FATCA and a number of other international tax-related rules and regulations. Many of the rules and regulations would never meet basic cost-benefit analysis. They create much pain for little or no gain.

I would modify that last sentence.

The only “gain” from all these tax rules is a comparatively small amount of additional tax revenue for politicians (Obama originally promised $100 billion annually from FATCA and the actual law is projected to collect more than $1 billion per year).

Yet there is great pain imposed on the private sector.

Moreover, laws to hinder cross-border capital flows are especially disadvantageous for the United States, as illustrated by this chart from Bruce’s report.

Sadly, damage to the productive sector of the economy is not something that politicians lose sleep over.

After all, they wouldn’t be imposing risky extraterritorial policies if they actually cared about what’s best for the nation.