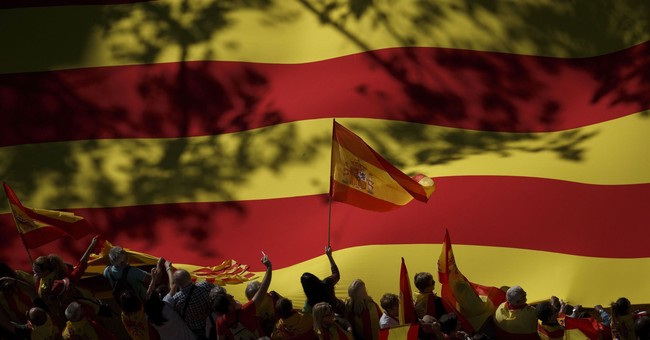 I’m not an optimist about the future of Europe, mostly because welfare states are unaffordable in nations suffering from demographic decline.

Given the grim trends on the continent, I expect many other nations (probably led by Italy) will experience the fiscal and economic mess that we’ve seen in Greece.

Let’s dig into this issue by reviewing a story in the New York Times about economic stagnation in Europe, focused mostly on Spain.

After decades of living comfortably in Spain’s upper middle class, the middle-aged couple are struggling with their decline. Spain’s economy, like the rest of Europe’s, is growing faster than before the 2008 financial crisis and creating jobs. But the work they could find pays a fraction of the combined 80,000-euro annual income they once earned. …Since the recession of the late 2000s, the middle class has shrunk in over two-thirds of the European Union…they face unprecedented levels of vulnerability.

So why are middle-class workers in such bad shape?

As you read the article, you find references to factors such as the “financial crisis” and “weakened social protections,” but no coherent explanation for why the private sector is languishing.

Unless you read all the way down to the 22nd paragraph, where you finally get an interesting detail that probably explains much of Spain’s economic malaise. Taxes are so absurdly high that a guy with a modest income only gets to keep one-third of the money he earns! This is such a jaw-dropping factoid that I’ve made it an image rather than an indented excerpt.

Wow, the confiscatory tax rates that Alexandria Ocasio-Cortez and Bernie Sanderswant to impose on “rich” people in the United States already are already being imposed on low-income taxpayers in Spain.

No wonder Spaniards are so inventive about avoiding taxes.

And this story is a perfect example of why I constantly warn that European-type redistribution policies in the United States would result in much higher taxes for lower-income and middle-class taxpayers.

Prime Minister Pedro Sánchez… The Socialist leader grabbed power last summer with the fragile backing of Podemos, the left-wing anti-austerity party. Warning of middle-class frustrations, his embattled government ordered a 22 percent rise in the minimum wage in January, and has vowed to reverse some labor laws, increase social spending and raise taxes on companies and the rich.

There’s an election in April, so we’ll see whether Sánchez’s plan to impoverish his country actually gets adopted.

My only prediction, based on what’s happened in the past, is that tax increases will not be successful.

P.S. The story has two additional excerpts that help to explain Spain’s anemic performance. We have very strong evidence in the United States that unemployment benefits subsidize joblessness. Spain appears to be learning the same lesson, though the government still pays people to be unemployed for 1-1/2 years.

I’ve also written about how so-called labor-protection laws discourage hiring. Well, seems like Spain is a very grim example of how this type of intervention backfires on intended beneficiaries.

…temporary and part-time contracts…can lead to steady work and better incomes. But companies and Europe’s public sector have mostly used them to dodge protections for permanent employees. In Spain alone, 90 percent of new jobs in 2017 were temporary.

P.P.S. Spain has a member of the Bureaucrat Hall of Fame, though the guy who “put a decimal point in the wrong place” probably also deserves induction.