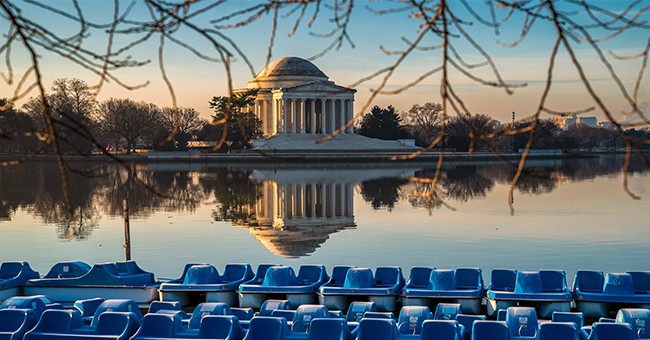 The Congressional Budget Office just released it’s annual Budget and Economic Outlook, and that means I’m going to do something that I first did in 2010 and most recently did last year.

I’m going to show that it’s actually rather simple to balance the budget with modest spending restraint.

But  the first thing to understand when contemplating how to fix America’s fiscal problems is that tax revenues, according to the new CBO numbers, are going to increase by an average of nearly 5 percent annually over the next 10 years. And that means receipts will be more than $2.1 trillion higher in 2029 than they are in 2019.

And since this year’s deficit is projected to be “only” $897 billion, that presumably means that it shouldn’t be that difficult to balance the budget.

In other words, too much government spending is the disease. Deficits are best understood as a symptom of the disease.

But I’m digressing. The point for today is simply that the symptom of borrowing can be addressed if a good chunk of that additional $2.1 trillion of new revenue is used to get rid of the $897 billion of red ink.

Unfortunately, the CBO report projects that the burden of government spending also is on an upward trajectory. As you can see from our next chart, outlays will jump by about $2.6 trillion by 2029 if the budget is left on autopilot.

The solution to this problem is very straightforward.

All that’s needed is a bit of spending restraint to put the budget on a glide path to balance.

I’m a big fan of spending caps, so this next chart shows the 10-year fiscal outlook if annual spending increases are limited to 1% growth, 2% growth, or 2.5% growth.

As you can see, modest spending discipline is a very good recipe for fiscal balance.

Our final chart adds a bit of commentary to illustrate how quickly we could move from deficit to surplus based on different spending trajectories.

I’ll close with a video from 2010 that explains why spending restraint is the best way to achieve fiscal balance. Especially when compared to tax increases.

The numbers are different today, but the analysis hasn’t changed.

As I noted at the end of the video, balancing the budget with spending restraint may be simple, but it won’t be easy.

If we want spending to grow, say, 2% annually rather than 5% annually, that will require some degree of genuine entitlement reform. And it means finally enforcing some limits on annual appropriations.

Those policies will cause lots of squealing in Washington. But we saw during the Reagan and Carter years, as well as more recently, that spending discipline is possible.

P.S. The video also exposed the dishonest way that budgets are presented in Washington.