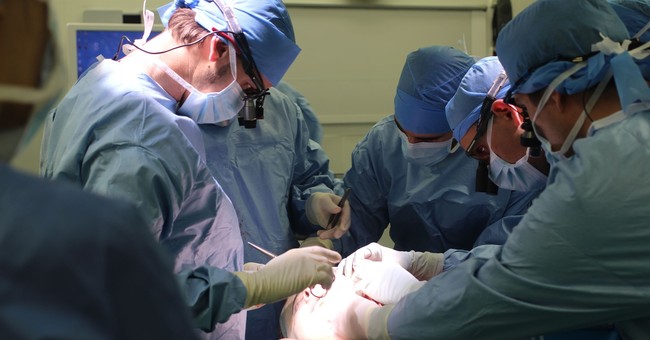 My opinions on crime are very straightforward.

This set of principles explains my views on a wide range of issues, such as the War on Drugs, asset forfeiture, money laundering, search and seizure, and the death penalty.

But I sometimes come across an incident that challenges these principles.

Let’s look at a horrible story from Michigan about girls being genitally mutilated.

Dr. Jumana Nagarwala was arrested in April 2017 and accused of leading a criminal conspiracy that involved multiple doctors and resulted in the mutilation of nine girls over the course of twelve years. The practice, which is universally recognized as a gross violation of human rights, is traditional among the Dawoodi Bohra, the Muslim sect to which Nagarwala and his co-conspirators belong.

My visceral instinct is for some tit-for-tat justice. The so-called doctors should receive equivalent treatment, without the benefit of anesthesia.

Since that’s not an option, a very lengthy prison sentence could be the next-best alternative.

A federal judge dismissed charges Tuesday against several Michigan doctors accused of mutilating the genitals of numerous underage girls, ruling that the federal prohibition against the practice is unconstitutional. U.S. District Judge Bernard Friedman argued that the 22-year-old federal law prohibiting female genital mutilation (FGM), which went unused until last year, constitutes federal overreach. …the judge’s ruling entirely clears four defendants in the case, including three mothers who allegedly handed their underage daughters over to Nagarwala to be mutilated.

This is a quandary.

I want the “doctors” to be thrown under the jail, yet part of me is very happy that a federal judge actually acknowledges that the Constitution imposes some limitson federal power.

Too bad Judge Friedman wasn’t sitting in for Justice John Roberts when the Obamacare case was (wrongly) decided.

Anyhow, here’s what has since happened.

In response to the case, Michigan governor Rick Snyder signed new laws prohibiting the practice of FGM, but as those laws applied only to future violations, the defendants in this case were charged under the old federal statute. Twenty-three other states, however, do not have laws banning the practice, leading critics of the judge’s ruling to suggest that parents intent on mutilating their daughters for religious purposes will simply travel to states where they can do so legally.

I have a couple of concluding thoughts.

First, I imagine that all 50 states – even crazy California – will pass laws against this barbaric ritual. So there’s no reason to relax my strong support for federalism.

Second, I hope Michigan authorities figure out how to charge the so-called doctors under existing state laws against assault, kidnapping, and anything else that might work.

In conclusion, I’m not under the illusion that any system will deliver perfect justice. But I do think we would get the best-possible outcomes if we adhered to constitutional principles and restricted the size and scope of the federal government.

P.S. Let’s not forget that jury nullification also should exist as an additional bulwark against bad laws and abusive officials.