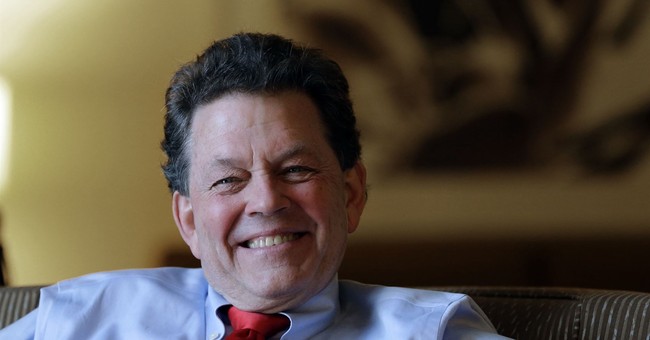 Last month, I revealed that even Paul Krugman agreed with the core principle of the Laffer Curve.

Today, we have another unlikely ally. Regular readers know that I’m not a big fanof the Organization for Economic Cooperation and Development. The Paris-based international bureaucracy routinely urges higher tax burdens, both in the United States and elsewhere in the world.

But the professional economists who work for the OECD are much better than the political appointees who push a statist agenda.

So when I saw that three of them (Oguzhan Akgun, David Bartolini, and Boris Cournède) produced a study estimating the relationship between tax rates and tax revenues, I was very curious to see the results.

They start by openly acknowledging that high tax rates can backfire.

This paper investigates the capacity of governments to raise revenue by assessing the ways in which tax receipts respond to rates… Revenue returns from tax increases can be expected to decrease with the level of tax rates, because higher rates exacerbate disincentives to produce and raise incentives to avoid taxation. These two main channels can therefore imply that tax receipts rise less than proportionately with rates and may peak at a given point.

Given the OECD’s love affair with higher tax burdens, this is a remarkable admission about an important limit on the ability of governments to grab revenue.

Their estimate of the actual revenue-maximizing burden is almost secondary. But nonetheless still noteworthy.

According to the estimated coefficients in model 5 of Table 3, an EMTR of 25% maximises CIT revenue.

Not that different from the estimates produced at the Tax Foundation and American Enterprise Institute.

Here’s a chart showing the revenue-maximizing level of tax, which varies depending on the degree to which a country has close economic ties with the rest of the world.

Trade openness is found to reduce CIT revenue. The latter is consistent with…international tax competition, which is likely to increase the effects of tax rates on the location of firms or more broadly of their profit-generating activities.

Sadly, the political types at the OECD have a “BEPS” scheme that is designed to curtail tax competition.

Which is a very good argument for why tax competition should be allowed to flourish.

But let’s not digress. Here’s another remarkable admission in the study. The OECD economists point out that it is not a good idea for governments to try to maximize revenue.

Estimates of revenue-maximising rates should not be seen as policy objectives or recommendations, as they imply high levels of economic distortions or tax avoidance.

Amen. I cited a study in 2012 showing that a revenue-maximizing tax rate might destroy as much as $20 of private sector output for every $1 collected by government. Only Bernie Sanders would think that’s a good deal.

Last but not least, the study even points out a class-warfare approach is misguided when looking at personal income taxes.

The bottom line is that high tax rates of any kind are not a good idea.

P.P.S. An occasional good study doesn’t change my belief that the OECD no longer should be subsidized by American taxpayers.