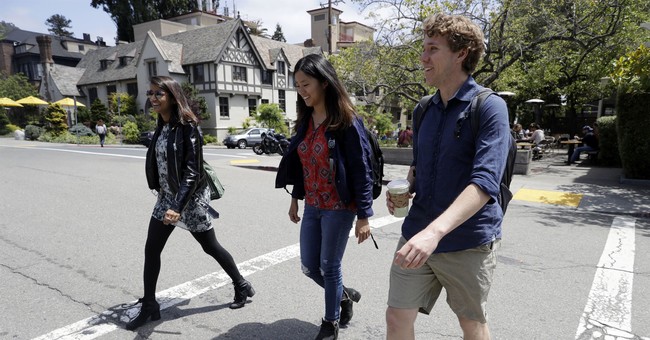 In June 2017, I shared an image and made the bold claim that it told us everything we needed to know about government.

In July 2017, I shared a story and similarly asserted that it told us everything we needed to know about government.

In that grand tradition of rhetorical exaggeration, here’s a court case that tells us everything we need to know about government.

…a lawsuit arguing that Detroit students were being denied an education had been dismissed. …With the help of a public interest law firm, a handful of Detroit students charged in federal court that educational officials in Michigan — including Gov. Rick Snyder — denied them access to an education of any quality. …Student cannot be expected to learn when they are simply “warehoused for seven hours a day” in “an unsafe, degrading, and chaotic environment” that is a school “in name only.” …almost 99 percent of the students are unable to achieve proficiency in state-mandated subjects. Last year, the state moved for dismissal, arguing that the 14th Amendment contains no reference to literacy. …U.S. District Judge Stephen Murphy III agreed with the state. Literacy is important, the judge noted. But students enjoy no right to access to being taught literacy. All the state has to do is make sure schools run. If they are unable to educate their students, that’s a shame, but court rulings have not established that “access to literacy” is “a fundamental right.”

I’m not a lawyer, so maybe the judge made the right decision. Indeed, I suspect it probably was the right outcome since a decision in favor of the suit may have resulted in some sort of judicial mandate to squander more money on failed government schools. And we have lots of evidence that additional funding would mean throwing good money after bad.

But I still feel great sympathy for the students and their parents. They are stuck with rotten schools that cost a lot of money.

They have been betrayed by government incompetence. Both Thomas Sowell and Walter Williams have explained how the system is rigged to benefit teacher unions rather than kids.

And even though most of the victimized children are minorities, the NAACP sides with the unions. Shame. The failed government school monopoly serves the interests of insiders, not students.

The only solution is school choice, as explained in this video.

P.S. Needless to say, the federal government shouldn’t play a role. Bush’s no-bureaucrat-left-behind plan didn’t work, and neither did Obama’s Common Core boondoggle. The best thing that could happen in Washington would be the abolition of the Department of Education.

P.P.S. There’s a lot we could learn about school choice and private schooling from Sweden, Chile, India, Canada, and the Netherlands.

Yikes: Joe Biden Freaks When Reporters Ask Him if Andrew Cuomo Should Resign
Redstate
Kamala Harris is turning out to be Biden's biggest mistake
Hotair