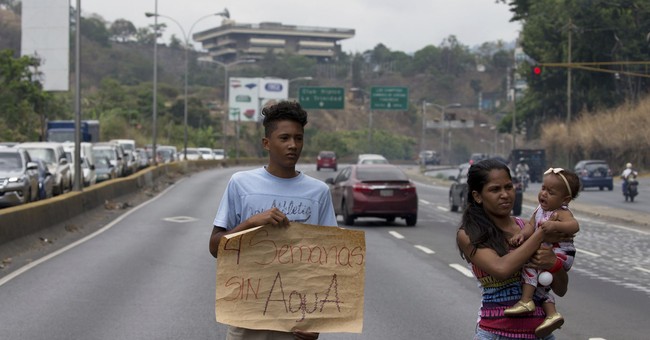 Move over, Crazy Bernie, you’re no longer the left’s heartthrob. You’ve been replaced by Alexandria Ocasio-Cortez, an out-of-the-closet socialist from New York City who will enter Congress next January after beating a member of the Democratic leadership.

Referring to the boomlet she’s created, I’ve already written about why young people are deluded if they think bigger government is the answer, and I also pointed out that Norway is hardly a role model for “Democratic socialism.”

And in this brief snippet, I also pointed out she’s wrong to think that you can reduce corporate cronyism by giving government even more power over the economy.

But there’s a much bigger, more important, point to make.

Ms. Ocasio-Cortez wants a radical expansion in the size of the federal government. But, as noted in the Washington Examiner, she has no idea how to pay for it.

Consider…how she responded this week when she was asked on “The Daily Show” to explain how she intends to pay for her Democratic Socialism-friendly policies, including her Medicare for All agenda. “If people pay their fair share,” Ocasio-Cortez responded, “if corporations paid — if we reverse the tax bill, raised our corporate tax rate to 28 percent … if we do those two things and also close some of those loopholes, that’s $2 trillion right there. That’s $2 trillion in ten years.” She should probably confer with Democratic Socialist-in-arms Sen. Bernie Sanders, I-Vt., whose most optimistic projections ($1.38 trillion per year) place the cost of Medicare for All at roughly $14 trillion over a ten-year period. Two trillion in ten years obviously puts Ocasio-Cortez a long way away from realistically financing a Medicare for All program, which is why she also proposes carbon taxes. How much she expects to raise from this tax she didn’t say.

To be fair, Bernie Sanders also didn’t have a good answer when asked how he would pay for all the handouts he advocated.

To help her out, some folks on the left have suggested alternative ways of answering the question about financing.

I used to play basketball with Chris Hayes of MSNBC. He’s a very good player (far better than me, though that’s a low bar to clear), but I don’t think he scores many points with this answer.

I think a good answer for "How will you pay for your agenda?" is "We're a very rich country. We'll figure it out."

Indeed, Professor Glenn Reynolds of the University of Tennessee Law School required only seven words to point out the essential flaw in Hayes’ approach.

Venezuela was once a very rich country. https://t.co/8n3kGiVJdD

Simply stated, there’s no guarantee that a rich country will always stay rich.

I wrote earlier this month about the importance of long-run economic growth and pointed out that the United States would be almost as poor as Mexico today if growth was just one-percentage point less every year starting in 1895.

That was just a hypothetical exercise.

There are some very sobering real-world examples. For instance, Nima Sanandaji pointed out this his country of Sweden used to be the world’s 4th-richest nation. But it has slipped in the rankings ever since the welfare state was imposed.

Venezuela is another case study, as Glenn Reynolds noted.

Indeed, according to NationMaster, it was the world’s 4th-richest country, based on per-capita GDP, in 1950.

For what it’s worth, I’m not familiar with this source, so I’m not sure I trust the numbers. Or maybe Venezuela ranked artificially high because of oil production.

But even if one uses the Maddison database, Venezuela was ranked about #30 in 1950, which is still impressive.

Today, of course, Venezuela is ranked much lower. Decades of bad policy have led to decades of sub-par economic performance. And as Venezuela stagnated, other nations become richer.

So Glenn’s point hits the nail on the head. A relatively rich nation became a relatively poor nation. Why? Because it adopted the statist policies favored by Bernie Sanders and Alexandria Ocasio-Cortez.

I want to conclude, though, with an even better example.

More than seven years ago, I pointed out that Argentina used to be one of the world’s richest nations, ranking as high as #10 in the 1930s and 1940s (see chart to right).

Sadly, decades of Peronist policies exacted a heavy toll, which dropped Argentina to about #45 in 2008.

Well, I just checked the latest Maddison numbers and Argentina is now down to #62. I was too lazy to re-crunch all the numbers, so you’ll have to be satisfied with modifications to my 2011 chart.

The reverse is true as well. There are many nations that used to be poor, but now are rich thanks to the right kind of policies.

The bottom line is that no country is destined to be rich and no country is doomed to poverty. It’s simply a question of whether they follow the right recipe for growth and prosperity.