The Radical Environmental Agenda Should Be Rejected, even if Global Warming Is Real 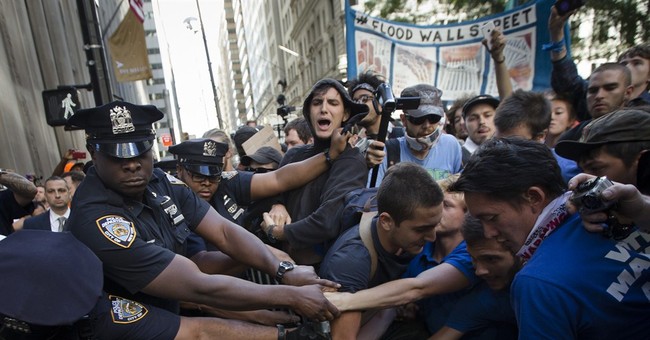 I believe that protecting the environment is both a good thing and a legitimate function of government.

But I’m rational. So while I want limits on pollution, such policies should be determined by cost-benefit analysis.

Banning automobiles doubtlessly would reduce pollution, for instance, but the economic cost would be catastrophic.

On the other hand, it’s good to limit carcinogens from being dumped in the air and water. So long as there’s some unbiased science showing net benefits.

But while I’m pro-environment, I’m anti-environmentalist. Simply stated, too many of these people are nuts.

Then there’s the super-nutty category.

But since I’m an economist, what really worries me is that these people are statists. There’s an old joke that environmentalists are “watermelons” since they’re green on the outside and red on the inside.

But maybe it’s not really a joke. At least not in all cases. Check out this video from Reason, filmed at the so-called climate march in New York City.

Just in case you think the folks at Reason deliberately sought out a few crazy people in an otherwise rational crowd, let’s now look at the views of Naomi Klein, who is ostensibly a big thinker for the left on environmental issues.

Slate published an interview with her and you can judge for yourself whether her views are sensible. Here’s some of what Slate said about her.

According to social activist and perennial agitator Naomi Klein, the really inconvenient truth about climate change is that it’s not about carbon—it’s about capitalism. …she’s turned her argument into a hefty book… This Changes Everything: Capitalism vs. the Climate is focused on exposing how the relentless pursuit of growth has locked us in to a system that’s incompatible with a stable climate. …

And here’s some of what Ms. Klein said.

The post-carbon economy we can build will have to be better designed. …not only does climate action mean a healthy community—it’s also the best chance at tacking inequality. …The divestment movement is a start at challenging the excesses of capitalism. It’s working to delegitimize fossil fuels, and showing that they’re just as unethical as profits from the tobacco industry. …profits are not legitimate in an era of climate change.

Profits are not legitimate?!? Geesh, sounds like a certain President who also disdains profit.

By the way, I’d bet Naomi Klein has a far bigger “carbon footprint” than the average person.

And I can say with great certainty that other leftists are huge hypocrites on the issue. Check out the vapid actor who did some moral preening at the climate-change march.

Kudos to Ms. Fields. She has a way of exposing phonies on camera.

Though I think it’s safe to say that Mr. DiCaprio doesn’t win the prize for being the biggest environmental hypocrite.

Shifting back to policy issues, even “mainstream” environmental initiatives are often very misguided. Here are a few examples.

The bottom line is that we presumably have some environmental challenges. For instance, it’s quite possible that there is some global warming caused by mankind.

I just don’t trust environmentalists to make policy. When they’re in charge, we get really dumb policies. Or grotesque examples of government thuggery. Orsleazy corruption and cronyism.

Share this on Facebook
Tweet
New Poll Shows A Majority of Voters Blame Biden and Congress for Supply Chain Issues
Madeline Leesman|
New York State is Already Taking Action Against Omicron Variant, and It Hasn't Even Been Detected in USA Yet
Rebecca Downs|
Biden Administration is Reacting to New Omicron Variant By Doing What Trump Was Once Called 'Xenophobic' For
Rebecca Downs|
Biden Admin. is Taking Another Action on Oil That's Not Reinstating Keystone Pipeline, Angering Both Sides
Rebecca Downs|
Of Course These Accounts Used Thanksgiving as A Day to Attack America
Rebecca Downs|
ICYMI: Another 'Indigenous' Person Was Exposed As a Total Fraud
Matt Vespa|