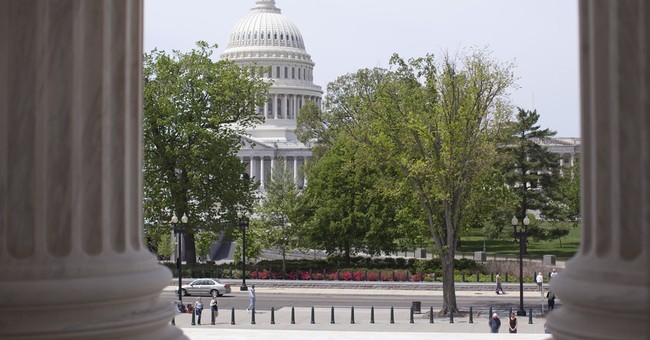 I’ve posted more than 3,500 items since I started International Liberty. And if you look at the earliest posts, way back in April of 2009, you’ll find that one of the very first of them made the link between big government and big corruption.

My premise was very simple. When government is very large, with all sorts of power to provide unearned wealth via taxes, spending, and regulation, then you will get more sleaze.

Sort of like the way a full dumpster will attract lots of rats and roaches.

A story in Fortune reports that government corruption at the state level is very costly.

…corruption is everywhere, in one form or another. And it’s costing U.S. citizens big time. A new study from researchers at the University of Hong Kong and Indiana University estimates that corruption on the state level is costing Americans in the 10 most corrupt states an average of $1,308 per year… The researchers studied more than 25,000 convictions of public officials for violation of federal corruption laws between 1976 and 2008 as well as patterns in state spending to develop a corruption index that estimates the most and least corrupt states in the union.

Here’s the list of the 10-most corrupt states. At first glance, there doesn’t seem to be a pattern.

Southern states are over-represented, it appears, but that’s obviously not an overwhelming factor since Georgia, South Carolina, Arkansas, and Texas (among others) didn’t make the list.

But it turns out that there is a factor that seems to be very prevalent among corrupt states.

The researchers also found that for 9 out of the 10 of the most corrupt states, overall state spending was higher than in less corrupt states (South Dakota was the only exception).

The authors suggest an attack on corruption could lead to a lower burden of government spending.

Attacking corruption, the researchers argue, could be a good way to bring down state spending.

I don’t disagree, but I wonder whether there’s an even more obvious lesson. Maybe the primary causality goes the other direction. Perhaps the goal should be to lower state spending as a way of reducing corruption.

Returning to the analogy I used earlier, a smaller dumpster presumably means fewer rats and roaches.

That’s not the only interesting data from the study. Fortune also reports that infrastructure projects and bloated bureaucracies are linked to corruption.

I’m not surprised by those findings. Indeed, I would even argue that a large bureaucracy, in and of itself, is a sign of corruption since it suggestsfeatherbedding and patronage for insiders.

For more info on the size of government and corruption, here’s a video I narrated for the Center for Freedom and Prosperity. It’s several years old, but the message is even more relevant today since the public sector is larger and more intrusive.

P.S. Speaking of corruption, there’s actually a serious effort on Capitol Hill to shut down the Export-Import Bank, which has been a cesspool of corruption and cronyism.

P.P.S. Switching to a different topic (though it also fits under corruption), we have another member for our potential Bureaucrat Hall of Fame. Or maybe this person belongs in a politician-ripping-off-the-system Hall of Fame.

Here are some of the details from an Irish news report and you can judge for yourself.

Ireland’s outgoing European Commissioner, Maire Geoghegan-Quinn, is entitled to a total €432,000 EU pay-off over the next three years to help her adjust to life after Brussels. …EU commissioners leaving office are entitled, subject to certain conditions, to a “transitional allowance” over three years varying between 45pc and 65pc of salary. Mrs Geoghegan-Quinn’s entitlement amounts to 55pc of her salary, or €137,000 per year.

Is it really that difficult to end one’s term as an overpaid European Union Commissioner?

But what really makes Ms. Geoghegan-Quinn an inspiration to other bureaucrats (and a nightmare for taxpayers) is that she’ll also have her snout buried deeply in Ireland’s public trough.

And from this autumn, she can also resume collecting her Irish TD and ministerial pensions totalling €108,000 a year – giving her total pension entitlements worth over €3,000 a week.

Though to be fair, she’s simply doing what other politicians already have done. Not only in Ireland, but also in America.

Government has become a racket for the benefit of insiders.