It’s Not Springtime for Hitler and Obamacare 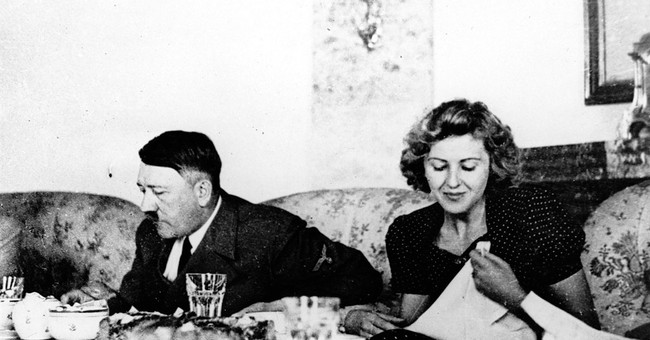 The title of today’s column may not make much sense if you’ve never watched The Producers, a 1960s Mel Brooks comedy featuring Gene Wilder and Zero Mostel, but you’ll soon see the connection.

That’s because we’re going to laugh at Obamacare, otherwise known as the gift that keeps on giving, and Hitler is part of our satire.

The President’s ill-fated takeover of the healthcare sector has been a complete cluster-you-know-what for the left. It’s not only helped make the American people far more skeptical of big government,

We’ve had everything from Pajama boy abuse to clever political cartoons, all of which has helped turn government-run healthcare into a punch line.

I think Obamacare videos are particularly effective, whether they’re based onsex or mockery, and one of my favorites, from last October, featured the former Fuehrer of Germany’s National Socialist Workers Party.

Now we have a second example of Hitler Obamacare parody, and it is equally funny. It appears that a national socialist shouldn’t rely on the promises of an American quasi-socialist.

One of my favorite parts, which takes place about three minutes into the video, is the reference to Sandra. I assume that’s a clever dig at Ms. Fluke, the female version of Pajama Boy. If it was unintentional, then it’s merely serendipity.

But the whole video is amusing, including the references to the corrupt waiver process that has exempted many unions from provisions of Obamacare.

Heck, the humor assault on the President’s main “accomplishment” is so brutal that I sometimes – when sharing cartoons mocking Obamacare – can’t help but talk about a spirit of Schadenfreudeand I also wonder whether it’s time to feel sorry for the President.

P.S. If you like Hitler parody videos, here are two more that are worth viewing.

And here’s the Fuehrer finding out that Scott Walker prevailed in his fight against government bureaucrats in Wisconsin.

But if you want a serious video about Obamacare, you can click here and watch me pontificate about why government-run healthcare is a fiscal nightmare.