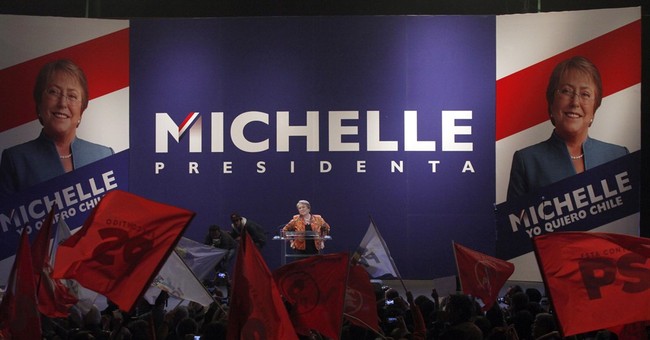 I had the pleasure last night of listening to Jose Pinera speak about economic reform in Chile, particularly the system of personal retirement accounts.

He shared a chart that conclusively shows why good economic policy makes a difference.

Wow. Look at how much faster the economy has grown since the communists were ousted in 1975 and replaced by a pro-market government.* And the poverty rate has plummeted from 50 percent to 11 percent!

Simply stated, economic reform has been hugely beneficial to poor and middle-class people in Chile. Something to remember as we try to rein in the welfare state in America.

Let’s look at some more data. A couple of years ago, I shared this chart showing how Chile had out-paced Argentina and Venezuela. In other words, Chile’s performance is ultra-impressive, whether examined in isolation or in comparison with other nations in the region.

The reason for all this success is that Chile didn’t just reform its pension system. As you can see from this Economic Freedom of the World data, Chile has made improvements in virtually all areas of public policy.

The nationwide school choice system, for instance, is another example of very beneficial reform.

It’s not quite Hong Kong or Singapore, but Chile is definitely a huge success story.

*The Pinochet government that took power in the 1970s may have been pro-economic liberty, but it also was authoritarian. Fortunately, Chile made a successful and peaceful transition to democracy in the late 1980s and has generally continued on a pro-free market path.