Market Got Its Excuse To Crash 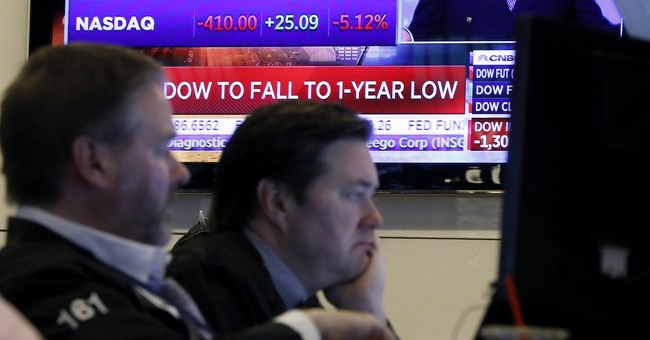 The financial markets have been taking a hit lately, with the Russell 5000 falling by more than a quarter over the course of the last month, with markets experiencing the biggest single-day hit since 1987. The coronavirus and the related fears has led to a dramatic decline in business sentiment, recognizing that lack of customers will lead to a lack of profits, or even losses. How long the virus panic lasts is anybody’s guess, and markets, and business in general, hate uncertainty. If, as some professionals have expressed, the rapid spread stabilizes relatively soon, the economic damage might not be too bad from the actual virus.

The virus, however, was and is just the precipitating factor. It is not the sole cause of the financial panic. The markets were in bubble territory, just waiting for an excuse to tumble. The Russel 5000 started 2019 at 1488, and ended at 1906, a twenty eight percent increase. If you think about it reasonably, a gain of twenty eight percent indefinitely cannot possibly be maintained over the long run. With gross domestic product increasing just a little more than two percent for the year, the increase in the prices of stocks did not reflect the underlying increase in the value of the companies on which they are based.

It seems like there must be something else going on, and indeed there is. The prices of financial instruments are the same as prices of tomatoes, corned beef (for St. Patrick’s Day), and all other legally sold goods and services. They are paid for with dollars, at least in the United States. The Federal Reserve Bank has been pumping the money supply, with the money stock M2 increasing almost 8 and a half percent. The economy itself grew by a couple of percent, and consumer prices rose another two. So where did all of the money go?

People react to incentives. The Federal Reserve Bank has kept interest rates artificially low for a long time, and it does this, in part, by buying treasury bonds, increasing the demand, with the result of a higher price. Since the interest rates on such bonds is the difference between the purchase price and the redemption value, an increase in demand means a lower rate of return. The idea is that, if interest rates are kept low, it gives businesses incentive to borrow, which stimulates capital projects. That would seem, on the surface, to be a good thing, but it actually distorts the market incentives for all parties, lenders, borrowers, builders, business owners, and especially savers. Savings accounts earn just above nothing, so people have no incentive to save. Instead, they speculate on the stock market. If it goes up this year by 25%, it must be going up by 25% next year too.  Why keep money in a savings account where you earn zilch when you can make a killing on the stock market?

The Fed was successful in its attempt to maintain a low consumer price inflation, but as a direct result of its manipulations, it created super-inflation in the prices of financial assets. Because such things are never and will never be sustainable for the long run, the bubble eventually bursts, such as what we are now witnessing. The real cause of the bust was not the virus. It is, rather, the policy of monetary manipulation that inflates the bubble in the first place. The correction is just that: a correction of the mistakes by the Fed and the millions of investors who were taken in by the delusion. The Fed’s promise to inject another 1.5 trillion dollars is just laying the foundation for the next bubble, as they always do.

Matt Vespa|
Thousands of Doctors: Yes, Hydroxychloroquine Works Against Wuhan Coronavirus
Katie Pavlich|
How Two Alaska Women Are Cheering Up Their Community Amid Wuhan Coronavirus Outbreak
Matt Vespa|
NBC Washington Had To Delete a Tweet About Ralph Northam...Want to Take a Guess Why.
Matt Vespa|