Diversity Does Not Equal Strength 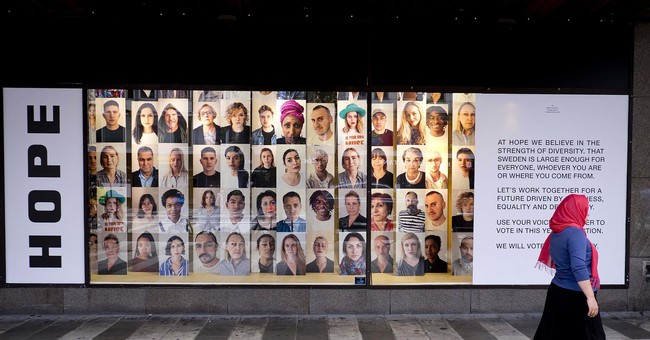 Tolerance and diversity are two sacred mantras of modern day progressivism. Nobody wants to be called a racist, but if you question these precepts from the high priests and priestesses, it seems to be de facto qualification for the epithet. Let’s explore them a bit.

Diversity has multiple manifestations. It can mean variety, as in opinions about how to accomplish something, about what the obstacles might be, and who would be affected by it, but the old truism is still true, that in unity there is strength. There has to be some objective upon which everyone can agree and upon which different insights can be applied to great benefit. When approaching a new problem or opportunity, inputs from different angles might give the best chance of good results. That is but one face of diversity, and it is generally not the one that is promoted with the diversity incantation. That version is, rather, variety of skin colors, national origins, or other characteristics for diversity’s sake, without allowing differences of opinion. It negates the fundamental benefit of having people of different backgrounds.

Diversity of gender, national origin, or skin color, all for the sake of appearing diverse, without actual unity of purpose, is not strength. Diversity of goals is not unity. If people disagree on where the destination is, then diversity is just divisive. Even worse is when the outward appearance masks a strict requirement for conformity of opinion, as we are seeing more and more. It becomes dangerous when embedded in politics and law.

Tolerance is related, but significantly different. The very word implies something uncomfortable or disagreeable. We don’t just tolerate something we enjoy or agree with, even if it is new to our range of experience. We actually enjoy or agree with it. In a free society it is important that people be allowed to believe or look or behave differently. It is toleration in the sense of “live and let live.” A fundamental problem in virtually all free, western societies today is that tolerance has come to mean accepting untruth as truth or tolerating ideas and actions that are destructive of the very society that tolerates their coexistence.

The historical record of free societies is actually pretty dismal. They tend not to last that long. The United States has the longest lasting continuous governmental regime in the world today. One political theory holds that freedom leads to prosperity, but prosperity leads to complacency, followed by debauchment or corruption, and then to tyranny, in an ongoing cycle. It is a pessimistic view, but it does seem to have some merit.

America, as with western society as a whole, seems to be in the debauchment phase, if the theory is valid. Freedom is misinterpreted as license to do anything, however immoral. Many people no longer live according to principle or seek truth or real justice, which is hard to do, but rather take the easy way, not confronting lies. Outright dishonesty for political gain is being played out over and over in our national and state capitals. Unreality is given equal footing with reality. Disdain and disregard for the very principles of free, open society and free, independent individuals are being embraced, because everyone’s opinion is held equally valid, and we can’t allow hurt feelings.

Some people think it is too late, that we have passed the point of no return. I don’t share that hopelessness. Strong people speaking the truth are getting an audience. More people are pushing back against destructive forces. More people are not complacent any more. Time will tell if the tide can turn back and truth and freedom will regain the place of honor, but, from my perspective, tyranny does not have to be inevitable.