Progressives Ally With Islamists Who Would Exterminate Them 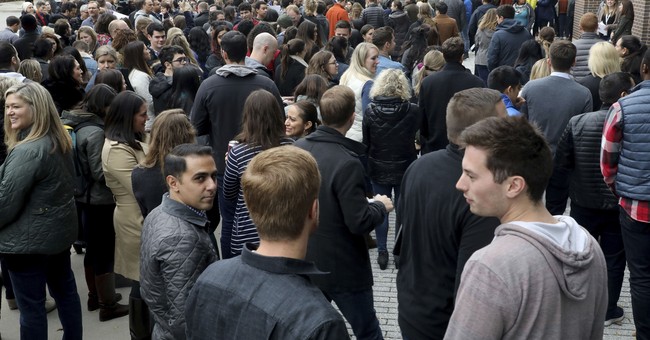 Islamophobia is a word familiar to anyone who is aware of the current cultural and political climate. Its literal meaning is fear of Islamic people. It is generally construed, however, as hatred of all people who practice the Muslim religion around the globe, regardless of their personal nature or their actions in the real world. The implication is that the Islamophobic person is hateful, one whose opinions, therefore, are entirely invalid and who should be shut down and shut up.

Such an outlook is the classic collectivist view that only classes of people matter, and never individuals. It assumes that, since there are some good Muslims, all Muslims throughout the world must be the same: good, upright, peaceful people who only want to get along, or “coexist,” as the bumper sticker proclaims. Like all other classifications of large groups, however, some are good, some not so good, and some downright evil. That includes Christians, Buddhists, Hindus, and all other religions. It includes all classes of people, such as labor unions, business titans, whites, blacks, men, women, and on and on.

There are, in fact, evil, radical Muslims who are not at all interested in coexisting. There is one thing that sets them apart from many other evil people. They are Muslim supremacists who are blood enemies of everything the western world considers good and important for prosperity and progress, whose objective is to destroy capitalism and western values and impose Islam on all people in all nations. Sharia law, as interpreted by these dangerous people, is the very antithesis of American constitutional, individual rights. They are totalitarians, and the results, as we have seen, have been murder, destruction, and mayhem in pursuit of their goal. Given the opportunity, they would likely be more murderous and worse totalitarians than even Stalin and Mao, simply because they feel it is their duty to kill or subjugate anyone who doesn’t submit. Totalitarianism based on religious fervor is more dangerous than that built on political ideology, greed, or even naked hunger for power.

If someone commits an act of terror shouting “Allahu akbar!” you can be quite sure that that person is a Muslim who is not interested in “coexisting.” They are interested in advancing totalitarian Islam. Among the two billion Muslims in the world, only a small proportion are among extreme radicals. The writings and texts of any religious tradition can be interpreted in many different ways, and the radicals use the most radical interpretations and passages to justify their worldview and their actions.

There is a very odd alliance between radical Islam and progressive political groups and parties around the world, but more importantly to us, within the United States. The progressive left defends radical Islam even when its adherents do the most repulsive, violent, and inhuman things. They make the perpetrators out to be the victims. Progressives purport to be defenders of gay rights, trans rights, women’s rights, animal rights, and so on, but Islamic radicals have no problem killing gays, stripping women of all rights, enslaving people, and doing so many terrible things that normal people find abhorrent.

A little deeper insight makes the alliance more understandable. Progressives, like the radical Muslims, want to destroy capitalism and western culture. They, like the radicals, love the idea of government regulating the behavior of the people in society. The ultimate reality, however, would be very different than what the progressives anticipate. In a society based on the radical interpretation of Islam, the progressives are the embodiment of what must be exterminated. Progressives would be among the first to be eliminated or enslaved. It is an incoherent, self-defeating alliance, but then again, progressives are not noted for their coherence or superior logic.