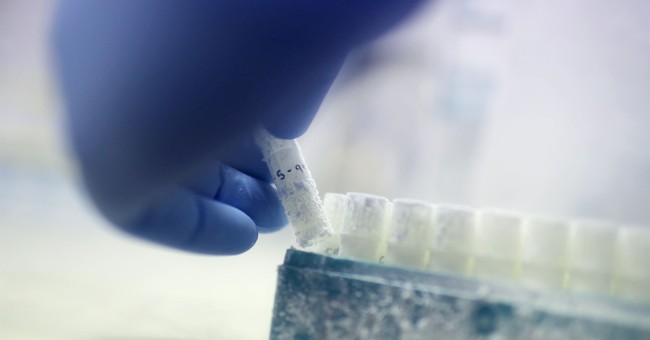 I recently had cataract surgery and the difference is amazing. Having one eye done at a time, I could compare the old eye with the “new” one, and, though after just a few hours the vision was still a bit cloudy and fuzzy, I was surprised at how blue the sky was and how white the clouds. Looking through only the old lens, I realized how yellow and dingy things looked and how much real color I had been missing. Now with both eyes done, my vision is restored and I no longer wear glasses. Lens replacement surgery is an absolute wonder. It is a testament to the power of science in solving real problems.

Such an amazing process did not just appear out of nowhere. It is layer upon layer of new knowledge, innovation, experiment, and the development of new equipment and techniques. At its base, however, it is the realization that every effect has a cause or is the result of multiple causes working together. The synthetic material used in the new lens itself was developed with the right properties to refract light just like the proteins of the natural lens material. The replacement process involved precision lasers, ultrasound, and a whole host of specialized equipment. It included anesthetics, dilating solutions, antibiotics, and other specialized medications.

All of these things were the result of understanding and using natural laws to solve specific problems. Materials in the world behave in a predictable way in given circumstances. Because of that, an engineer can design a complex machine, have it fabricated and assembled, and have it work the first time. Controllable systems require that the inputs must be known and controllable, and the outputs predictable within some range of error.

The advances in astronomy, physics, chemistry, and other fields of study are the direct result of isolating and identifying causes and effects, and using reason to predict other effects. Not all systems and phenomena are deterministic, however. Complex adaptive systems are those where the output is not predictable from the inputs. The results emerge from the interactions of the individual actors in the system, and the interactions themselves are dependent on present, changeable conditions, and on other actors, who also adjust. Examples might be biological systems, the global climate, or an economy.

In each case, there are certain rules which guide the systems and those interactions. If that was not the case, it would not be a system at all, but rather a chaos of random events. The relationships, however, are not constant and predictable. The rules can be understood, but the system still will not be predictable, because the inputs and interactions are not predictable.

Fields such as medicine have had tremendously positive results in acute care and other such areas. They have not had good results with nutrition, aging, chronic illness, and other areas where cause and effect are not strictly known. Bad advice from the medical and nutritional establishments has resulted in a rapid increase in diabetes, obesity, and heart disease since their recommendations were implemented in the 1970s. The underlying problem is that studies are treated as evidence, correlation is treated as cause, and mathematical models give a sense of certitude and accuracy that is not reflected in real life. The most damaging aspect is that the results are used to influence politics, institutionalizing bad advice.

The same thing occurs with other fields of study with complex adaptive systems, such as economics and climate science. The outputs of models are treated as evidence of predictability, though it doesn’t really exist. Those results are given teeth through politics, and the people of society bear an unnecessary burden. Science is great, but it doesn’t play well with politics.