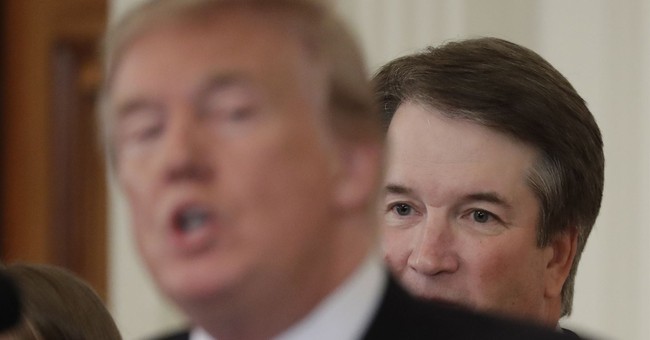 The nomination of Brett Kavanaugh to the Supreme Court has begotten some all-too-expected controversy. Kavanaugh is identified with conservatives and, as a nominee named by President Trump, there is automatic resistance by the Democrats. It has been and will, of course, be the same thing in the opposite direction with nominations by a Democratic president.

Should it matter, though, who gets confirmed and inherits a lifetime position on the nation’s highest court, since all justices take an oath to defend the constitution and administer justice impartially? The oath includes the words “I… will support and defend the Constitution of the United States against all enemies, foreign and domestic; that I will bear true faith and allegiance to the same.” They also take the judicial oath, under which they state “I will administer justice without respect to persons, and do equal right to the poor and to the rich, and that I will faithfully and impartially discharge and perform all the duties incumbent upon me… under the Constitution and laws of the United States.”

Since there is only one constitution that they promise to support and be faithful to, the words of which are not that difficult to understand, it would seem like there would not be much difference in the decisions made by any of the justices. That is unfortunately not the case. Party affiliation seems to have a significant effect on the rationale of the individual justices in their determinations. Some activist judges say or have said in times past that the constitution doesn’t say what it obviously and clearly says. The argument is that the constitution is a “living document, that its interpretation must change because things are different today than they were two hundred thirty years ago.

They are correct that things have changed and that the constitution is a living document. One of the genius aspects of the original constitution is that it built in a mechanism by which it could be altered to reflect a changing reality or to correct inherent flaws. It is called the amendment process. It is deliberately difficult to change, however, to prevent frivolous manipulation or the injection of partisan politics into the foundation of the nation. One of the problems that progressives are most concerned about with a new conservative and constitutionalist on the bench, as well as the possibility of more in the future, is that some of the activist decisions, the making of law by justices rather than Congress, will be overturned.

Most people who have worked with Justice Kavanaugh or otherwise knows him consider him a man of character who is highly qualified, experienced, knowledgeable, and fair. He has indicated that, though he is a constitutionalist, he would use judicial restraint in dealing with Supreme Court precedent. He will give serious consideration to prior decisions of the court.

It is interesting to consider what deference to court precedent means. If a law is unconstitutional, like many are, and the court upholds it, the court made an error.  The facts and logic behind the decision should be investigated and questioned. If it was an error, the only right thing to do is to correct the error, in other words, overturn the precedent.

The original precedent is the first decision made by the court regarding any particular issue. If all precedent is sacred, judicial activism would not have overturned so many accepted judicial standards over the years to accomplish political purposes. It is good that a justice should use care, but the ultimate arbiter for the Supreme Court is the constitution itself, and it shouldn’t matter what party politics has to say about it. That it does does not speak well of the justices.