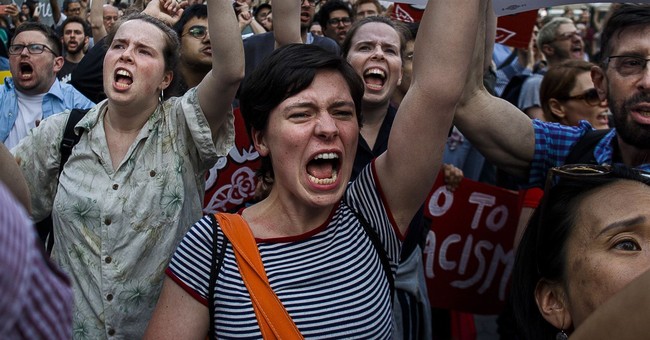 The Associated Press-NORC Center for Public Affairs Research and MTV jointly conducted a survey of young people, aged 15 to 34, to get an idea of how politically engaged they are and how they feel about important issues. Such surveys are often biased in their questions and methodology, but the result in this case is that young people “feel more politically empowered,” particularly those between 15 and 22.

Empowering youth can be a very good thing, but all types of empowerment are not equal. Giving young people the tools to learn, to grow, and to make appropriate decisions is always good and positive and a source of personal power and potential. On the other hand, empowering people to be successful members of a crime gang is always not good and positive.

The survey above specifically targeted politics. More young people think that they can make a difference with their votes and that politicians care about what they think. There are, again, different flavors of political empowerment. Figuring out how to be a part of the majority group that steals from or otherwise injures the minority group is never a good thing, whereas actively working toward limiting the ability of politicians or others to violate the rights of any individual is never a bad thing.

The problem with much of the effort in getting young men and women involved in voting and influencing is that it is aimed at empowering politicians, not the people. It focuses on issues that are informed by a populist press that is often one sided and typically ignorant of or dismissive of inevitable negative economic effects or other unintended consequences. The result is that youth are trained in populism and action based on emotion, not on logical, reasoned thinking. Activists take advantage of a youthful fervor combined with youthful ignorance and overconfidence to promote their own agenda, not to develop reasonable citizens well educated on the issues. A prime example is the case of political operatives using party resources to fuel student activism after the Parkland school shooting.

There is another way to empower: Teach people the skills that they can use to solve problems for themselves and for others and to understand and respond to reality in a way that actually gives good results. Help them to develop the intellectual and emotional maturity to search beyond the sound bites and easy answers to problems, and to recognize that what is seen and what is immediate is not all that happens.

Teaching young people to use political manipulation to get their way is the path to more division, more violence, and more bad results in society in the future. Civil Society depends on a high level of voluntary cooperation between individuals, and a basic set of rules is necessary to foster the trust that is required. Politics, however, is the use of coercion and the formulation of rules that aim, not at justice, but at advantage, ultimately destroying that trust. The more politics, the less voluntary cooperation, and the more politicized a society, the less civilized it becomes.

There is something to be said for youthful enthusiasm and a future full of potential, but that potential exists only because they have not yet experienced, they have not yet had to face the issues and defend their positions. Exploiting young people for political gain is not empowering them. It is training them to be puppets.

The future belongs to the young, and they should be interested in where we are headed. Before they try to change the world, however, they need to empower themselves by taking responsibility for their own lives today, by learning that reality doesn’t bend to their wishes, and by searching for the principles that make living worthwhile.